Discoveries of lost cash on the rise 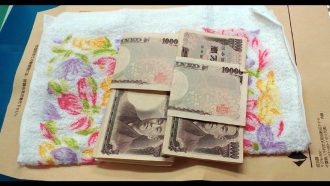 NHK’s “Close-up Gendai +” reported on several cases in Japan in which as much as 40 million yen in cash was discovered at garbage collection sites and waste disposal facilities. Apparently the cash was inadvertently thrown away by individuals. In addition, companies that dispose of deceased elderly people’s belongings on behalf of their children have discovered many valuable items, including cash. The program also reported on an increase in the number of items such as umbrellas stored at lost and found centers, saying that this is partly due to people being too busy looking at their smartphones to keep track of their belongings and to the increase in inexpensive products.