The government designated women’s empowerment as part of its growth strategy in 2013. A Nikkei poll of 2,000 working women has revealed that only 20% of working women have a tangible sense that “women’s empowerment has advanced” since that time. Many respondents said that women’s empowerment is hampered by the male-centric organizational culture and the difficulty of balancing career and child-rearing. Companies are putting energy into developing and promoting their female employees, but an environment that facilitates women’s display of their talents is not fully in place.

The Internet-based poll was taken in December 2017 targeting 2,000 women in their 20s through 50s working as regular employees. Asked if they have a tangible sense that women’s empowerment has advanced at their company since 2013, a total of 21% of respondents said either “yes” or “generally yes.” A total of 61% said either “no” or “generally no.” There was a gap between the views of managers and rank-and-file employees, with more than 30% of those in managerial positions (section manager or above) saying yes and only 19% of rank-and-file employees giving that response.

Some 20% of respondents said that they wanted to rise to a managerial position, while 60% said they did not want to become a manager. Some 21% said they have been harassed at the workplace. The percentage of women in managerial positions saying they have been subjected to harassment was higher [than the average], with 41% of division managers and 34% of section managers saying they have experienced harassment.

[Polling methodology: The poll was conducted on the Internet by MyVoice Communications, Inc. in December 2017 targeting women in their twenties through fifties working as regular employees or regular staff member (including officials). Responses were received from 500 women in each age group for a total of 2,000 women.] 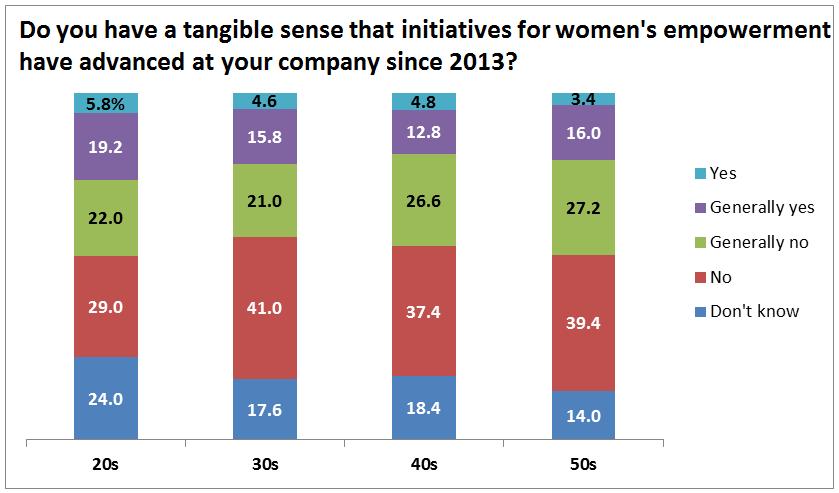 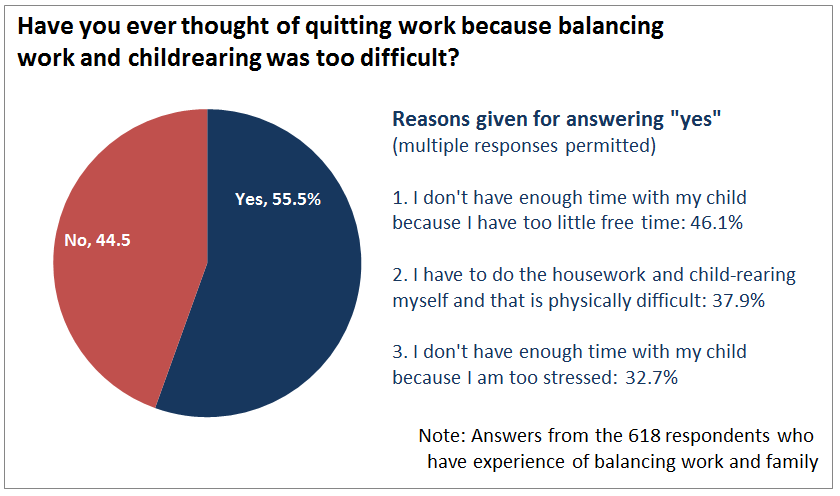