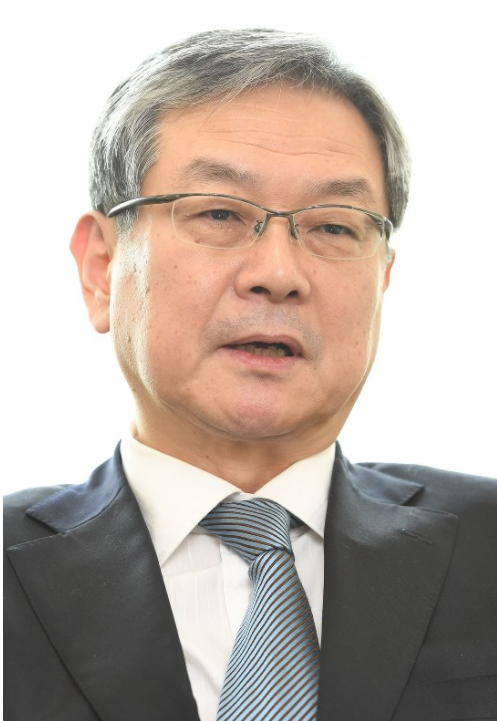 A native of Tokyo, Kuryu graduated from the University of Tokyo’s Faculty of Law. He worked at the Japanese Embassy in the United States and in India. He enjoys reading and music. He is married and has one son and one daughter.

Shunichi Kuryu (59) was head of the Organized Crime Department at the National Police Agency (NPA) in 2012, when Fukuoka Prefecture saw many cases of shootings by designated gangster organizations. The public’s confidence in the police was being threatened as citizens were targeted in the incidents. Kuryu decided to dispatch riot squads to the problem areas. It was the first time for riot police to be sent on a large scale to resolve gang activity. Kuryu was also involved in seconding career police officials to the Fukuoka Regional Taxation Bureau. Through this, he was able to put in place a framework for prosecuting cases of tax evasion by gang leaders.

Kuryu’s unique value lies in his flexibility and ability to innovate new approaches without relying on precedents. The means he used were “unusual” for the era and were very effective in fighting organized crime. Within the NPA, he is known for “moving forward directly to the goal once it has been set” and “achieving breakthroughs,” but Kuryu himself says flatly, “All I’m doing is taking the citizen’s standpoint.”

In his youth, he loved literature, even dabbling in Russian literature. He joined the NPA because he “wanted to do work that only the national government can offer.” He served for many years at the NPA Criminal Affairs Bureau and the International Affairs Department. He was head of the International Affairs Division 2 in 2001 at the time of the terrorist attacks in the United States. He was part of the inter-government agency study group set up to draft revisions to the Foreign Exchange and Foreign Trade Control Act, which controls monetary remittances to terrorists. He has also worked at the Prime Minister’s Office [Kantei] as an executive secretary to the prime minister and so has strong connections with other government agencies.

Kuryu enjoys debating issues with his subordinates, but he openly says: “I stay healthy by following the principle of ‘early to bed, early to rise.’ I am not much for going out at night.” This is unusual for a career official in the police. Kuryu has a warm personality, though: When he worked at the Tokyo Metropolitan Police Department, he used to celebrate his subordinates’ promotions by dropping in unannounced at their homes with a bottle of shochu liquor. He says of himself, “I’m not very sociable, but I have many close friends.” As NPA commissioner-general, he will face a variety of issues, including security at the Tokyo Olympics. “I will bring my experience and knowledge to bear on whatever issues arise.”