The massive network of the human body – Part 5: The brain 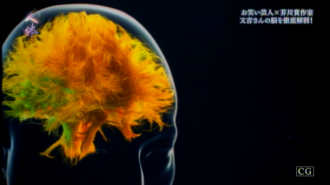 Sunday’s “NHK Special” ran the fifth part of its series “The massive network of the human body,” focusing on the brain. The program said humans can have epiphanies when their brains are in “default mode,” or not thinking. The program also said a part of the brain’s hippocampus called the dentate gyrus holds the key to improving memory function, adding that a balanced diet and regular exercise are also beneficial. The program also reported on an American scientist who has found a new way to deliver drugs to the brain to treat dementia.