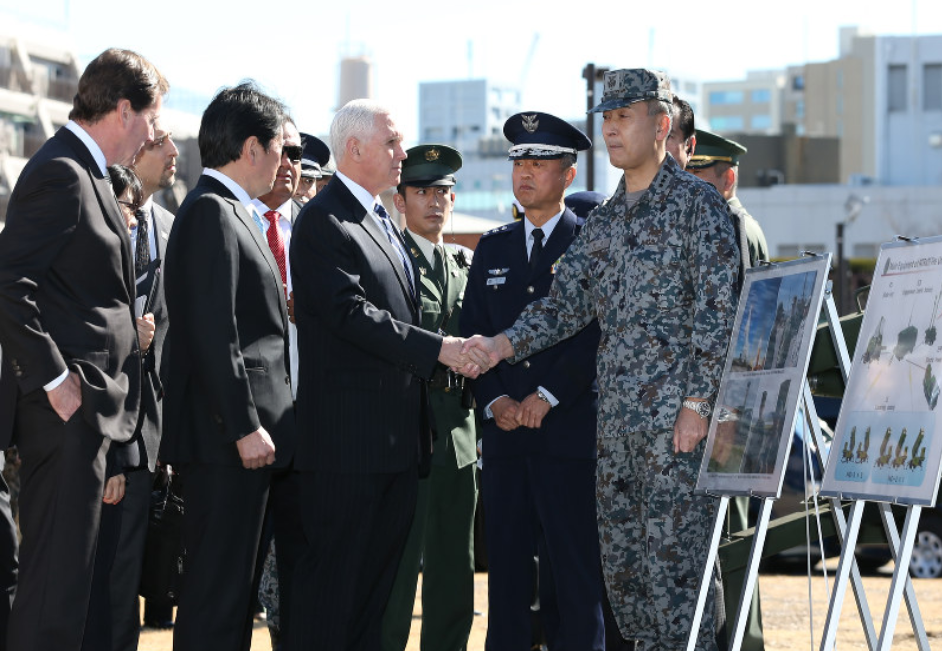 On the morning of Feb. 7, U.S. Vice President Mike Pence visited the Ministry of Defense and inspected the operations unit for PAC-3, a land-based interceptor missile system deployed on the MOD grounds in preparation for ballistic missile launches by North Korea.

After watching members of the Air Self-Defense Force elevate the PAC-3 launcher, Mr. Pence listened to an explanation of the situation in East Asia from Minister of Defense Itsunori Onodera and others.

At the start of the presentation, Onodera said, “We would like the United States to fully understand the harsh security situation surrounding Japan, with North Korea’s advancement of its nuclear weapon and missile programs and China’s expansion of its military capabilities.”