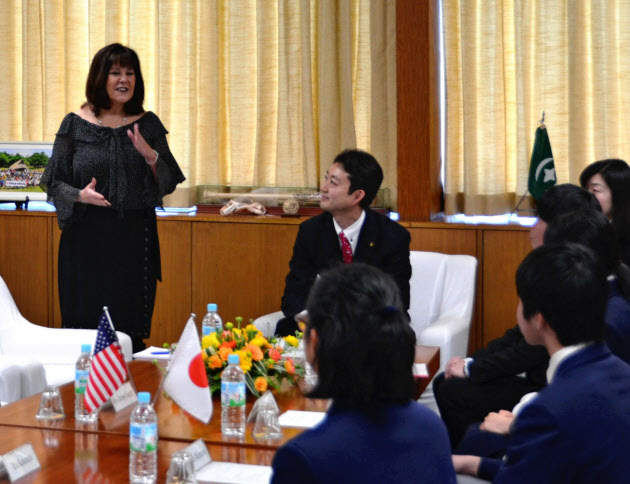 The junior high school students told Mrs. Pence about their experience in the United States on the youth exchange program. After listening to their reports, Mrs. Pence said, “Seeing your courage to go overseas to study gives me hope for the future of the world.” She sang in Japanese “Ue wo muite aruko [the Sukiyaki song],” which she had learned when she was a girl. The song, written by Kyu Sakamoto, was a hit in the United States as well as Japan. The students broke out in applause after Mrs. Pence’s performance.

Chiba City started a youth exchange program with Houston in 1983 and has promoted cross-cultural exchange by sending and receiving junior high school students every year and organizing homestays. Chiba Mayor Toshihito Kumagai, who also attended the gathering, said, “It is important for international peace that we deepen mutual understanding at the grass-roots level.”