Part falls off Osprey in Okinawa 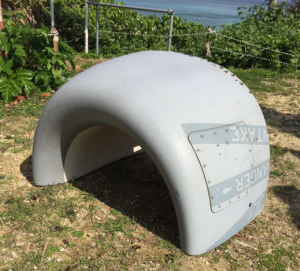 All national dailies and Tokyo Shimbun reported on Saturday that a part believed to be from a U.S. military Osprey was found washed up on the shore of Ikei Island in Okinawa on Friday morning. The papers wrote that the U.S. military reportedly told the Defense Ministry’s Okinawa bureau on Friday that an engine air inlet part had fallen off a Futenma-based Osprey while it was flying over the sea.

Asahi, Mainichi, Yomiuri, and Tokyo Shimbun wrote that Defense Minister Onodera expressed displeasure by telling the press on Friday that the incident should have been reported to the Japanese side without delay. Mainichi wrote the prefectural government asked the Okinawa Marines to conduct emergency mechanical inspections of all of their aircraft and keep Ospreys grounded until the cause of the incident is determined and measures to prevent a recurrence are taken.