According to the Yomiuri Shimbun’s nationwide public opinion poll conducted on Feb. 10–11, a plurality of 83% of respondents said they do not think Pyongyang’s dispatch of a high-level delegation to South Korea and the formation of a united Korean women’s ice hockey team will lead to the resolution of North Korea’s nuclear and missile issues.

North Korea has adopted “smile diplomacy” in dispatching Kim Yo Jong, younger sister of Workers’ Party of Korea chairman Kim Jong Un and first vice director of the Central Committee of the party, as a special envoy to South Korea. At a meeting with South Korean President Moon Jae In, she invited Moon to visit North Korea at an early date. Despite these developments, the majority of Japanese are taking a harsh outlook.

The approval rating for the Abe cabinet was 54%, unchanged from the previous survey conducted on Jan. 12–14. The disapproval rating was 36% (previous poll: 35%).

Asked for their views of Paragraph 2 of Article 9 of the Constitution, which stipulates the nation will never maintain war potential and is a topic of debate within the ruling Liberal Democratic Party (LDP), 36% of respondents said “the paragraph should be kept and provisions added that include a legal basis for the existence of the Self-Defense Forces (SDF)” (32%). Another 35% said “the paragraph should be eliminated and the objectives and characteristics of the SDF clarified” (34%). Some 20% said there was “no need to stipulate the existence of the SDF” (22%).

Regarding the timing for the LDP’s presentation of its constitutional amendment proposal to the Diet, a total of 33% said they support the LDP’s submitting a proposal within the year, with 19% saying it should be done “during the current ordinary Diet session” and 14% saying it should be done “during an extraordinary Diet session in the latter half of the year.” Some 14% said it should be submitted “next year,” while 10% said “2020 or later.” Another 27% replied “such a proposal is not necessary.”

Respondents were divided on the Abe cabinet’s policy to relocate the U.S. Marine Corps’ Futenma Air Station to the Henoko district of Nago City, with 44% in favor and 43% opposed.

When asked whether National Tax Agency Commissioner Nobuhisa Sagawa should be summoned to testify at the Diet about the Moritomo Gakuen, 69% said he should, while 25% said “such testimony is not necessary.” As then-director general of the Finance Ministry’s Financial Bureau, Sagawa said internal documents over the sale of state-owned land to Moritomo Gakuen had been “discarded.”

Asked what issues the Abe cabinet should prioritize (multiple answers permitted), 85% replied “the economy and employment” (88%). The second most-cited issue was “issues related to Moritomo Gakuen and Kake Educational Institution” at 40% (39%), followed by “constitutional amendment” at 32% (27%).

[Polling methodology: The nationwide survey was conducted on Feb. 10–11 on a computer-aided random digit dialing (RDD) basis and targeted voters aged 18 or over with calls placed to landline and mobile phone numbers. Valid responses were received from a total of 1,085 persons, including 527 persons (out of the 927 households with one or more eligible voters) for landline numbers and 558 persons (out of the 1,188 persons who answered) for mobile numbers. The valid response rates were 57% for landline numbers and 47% for mobile numbers.] 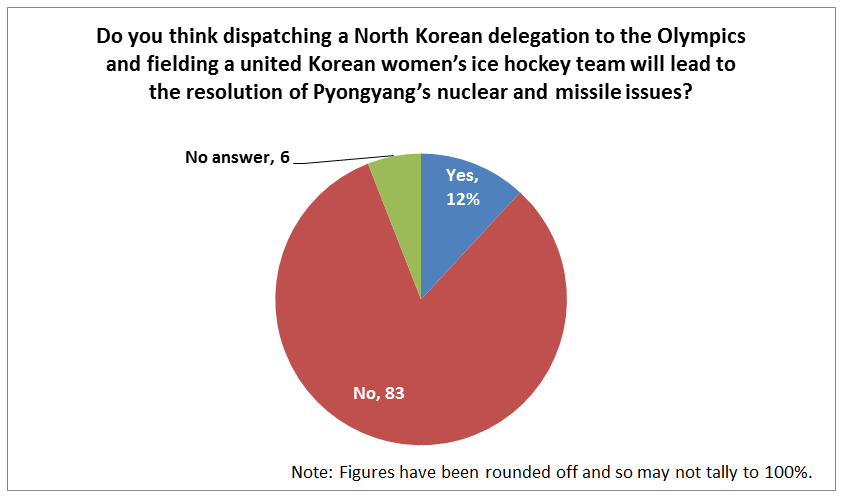