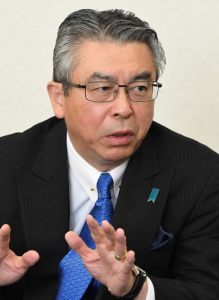 All national dailies reported on the group interview Japan’s new ambassador to the United States Shinsuke Sugiyama gave on Thursday. Asahi and Mainichi quoted Sugiyama as saying that maintaining close coordination with the United States in dealing with North Korea is a pressing task for him and that Japan and the United States are in complete agreement that they should not hold dialogue with Pyongyang for the sake of dialogue. Yomiuri, Mainichi, and Nikkei quoted Sugiyama as expressing his readiness to visit major U.S. cities to seek understanding of the Japanese government’s position on the comfort women issue, saying that it is necessary for Japan to send a stronger message on the issue.