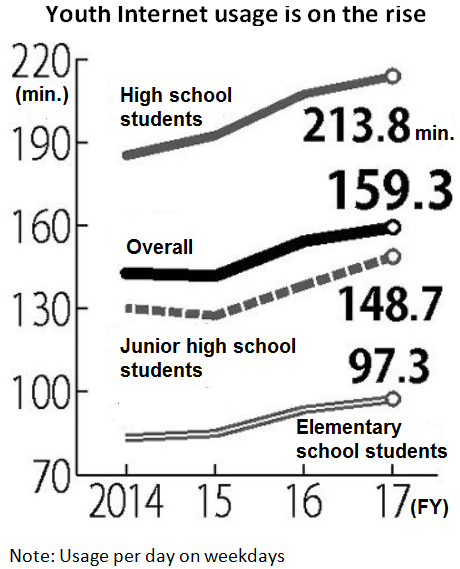 According to the preliminary results of the Fiscal 2017 Survey on Internet Usage among Youth announced by the Cabinet Office on Feb. 27, some 26.1% of high school students use the Internet for over five hours a day on weekdays. This is the highest figure since fiscal 2014 when the question started to be asked.

The Cabinet Office conducted the survey from November through December 2017 targeting 5,000 youths ages 10 to 17. A total of 3,288 responses were received for a response rate of 65.8%.