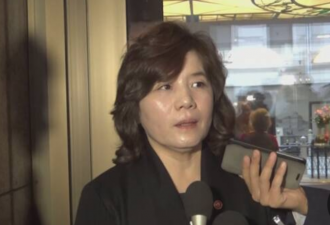 NHK reported that according to a source familiar with the situation on the Korean Peninsula, Choe Son Hui, formerly the director of the North American department at North Korea’s foreign ministry, has been promoted to vice foreign minister, adding that relevant nations are closely watching to see if her promotion is related to North Korea’s recent willingness to resume dialogue with the U.S. The network said Choe has long been involved in negotiations with the U.S. and served as a deputy chief negotiator at the Six-Party Talks. She has exchanged views with former USG officials through international forums and on other occasions even after the U.S.-DPRK talks ended in February 2012 and reportedly met with Special Representative Joseph Yun in Norway last May to discuss the release of an American university student who had been detained in Pyongyang.