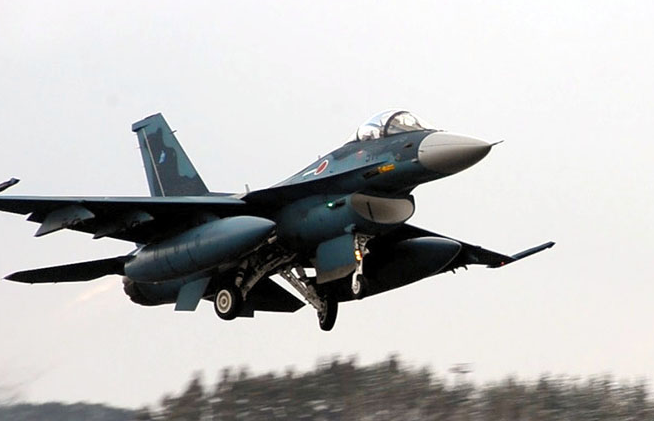 Japan is moving to scrap plans to domestically develop a new advanced fighter jet due to staggering costs and anticipated engineering pitfalls.

The Defense Ministry initially had three possible alternatives for the fighter jet that would replace the F-2 fighter-attacker that will be gradually mothballed from around 2030.

But with China and Russia showing greater military assertiveness in the region, Defense Ministry officials faced the key task of replacing the F-2 with a fighter with more advanced capabilities.

The ministry decided its options were to fully develop the next-generation fighter jet domestically, develop it jointly with other nations, or extend the life of the F-2 through various modifications.

It initially leaned toward domestic development as it was deemed to “be important in maintaining Japan’s fighter jet technology,” according to a high-ranking defense official.

The government began to realize that domestic development of the next-generation fighter jet carried enormous risks.

Against that background, the Defense Ministry will not seek funding for domestic development of a next-generation fighter jet when requests are compiled this summer for the fiscal 2019 budget, sources said.

Tokyo is expected to sound out Washington as early as this week on the prospects of joint development of the next-generation fighter jet.

A decision on how to proceed will likely be formally made between fiscal 2019 and fiscal 2023 as that is the period covered by the Mid-Term Defense Program that will be put together before the end of the year.

It is still possible that Japan will place additional orders with the United States for the advanced stealth F-35A fighter jet manufactured by Lockheed Martin Corp. as the replacement for the F-2.

The government has already decided to purchase 42 stealth fighters to replace the F-4.

In light of pressure being applied by the Trump administration on allies to “Buy American,” government officials may also decide to acquire the F-35A as the successor aircraft for the F-2.

The F-2 was jointly developed with the United States and deployed in fiscal 2000.