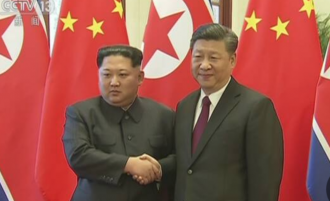 NHK reported that according to China’s Xinhua News Agency, North Korean leader Kim Jong Un paid a four-day visit to China that concluded on March 28, during which he met with Chinese President Xi. According to the Chinese side, the North Korean leader expressed his commitment to the denuclearization of the Korean Peninsula and eagerness to hold summit talks with South Korea next month and the U.S. after that. The network said, however, that the North Korean announcement did not mention denuclearization.