U.S. to deploy Ospreys at Yokota by summer 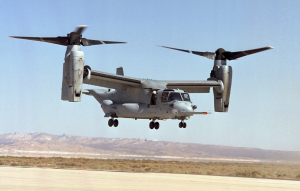 All dailies wrote that the U.S. Forces in Japan announced on Tuesday that five Air Force CV-22 Ospreys will arrive at Yokota Air Base later this week. They will be officially deployed by summer after conducting training over the next few months, and the U.S. military plans to deploy a total of 10 Ospreys and about 450 personnel to the air base in stages over the next several years. The Ospreys’ arrival comes 18 months earlier than the original plan to deploy them between October 2019 and September 2020. The Ministry of Defense and the Ministry of Foreign Affairs released a joint statement on Tuesday saying that Japan will work with the United States to give maximum consideration to safety and minimize the impact of the deployment on local communities. This will be the first time for Ospreys to be deployed in Japan in a location outside Okinawa.