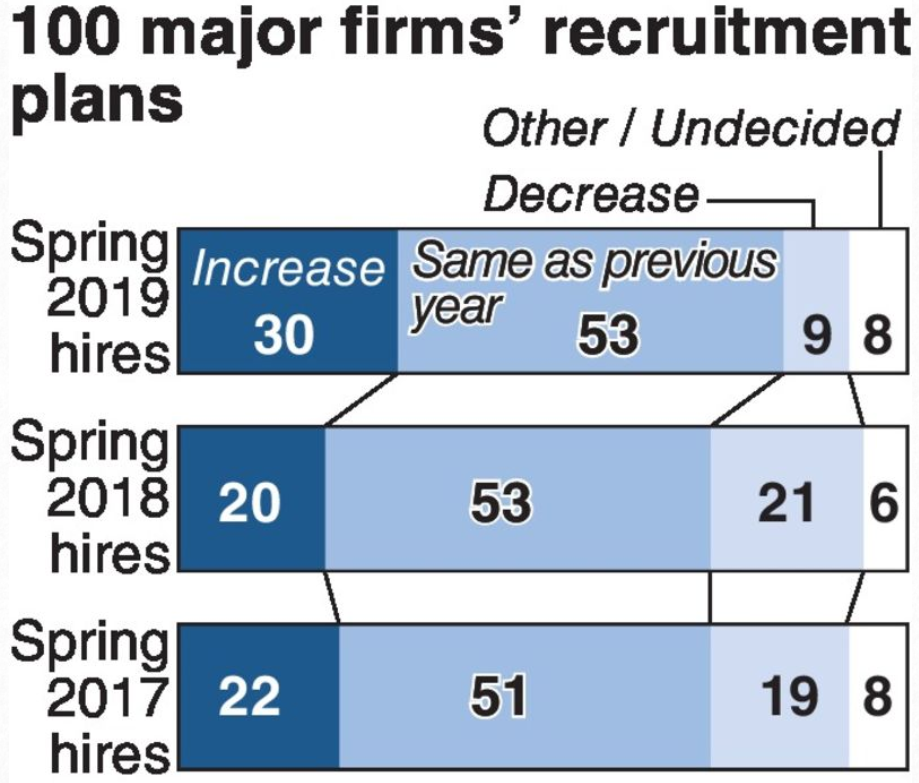 The number of companies planning to hire more new graduates next spring has significantly increased, according to a joint survey by The Yomiuri Shimbun and Nippon TV that covered 100 major companies in Japan.

The number of companies that said they would hire more graduates in spring 2019 compared to spring 2018 stood at 30, a sharp increase from the 20 companies that planned to increase hiring in the previous year’s survey. The results indicate companies have become more active in their efforts to secure human resources against the backdrop of a labor shortage and recovering business climate, intensifying a “seller’s market” that makes it easier for students to choose jobs.

Many steel, rubber and other raw material manufacturers, which have experienced recoveries in their performances, have changed their recruitment plans from a decrease in the previous survey to an increase. Companies in the transport, construction, real estate and distribution industries are also eager to hire people due to the serious labor shortage.

On the other hand, many banks and security companies plan to reduce recruitment. They have developed plans to drastically reduce the number of employees and their workloads, leading to a reduction in the number of graduates they employ.