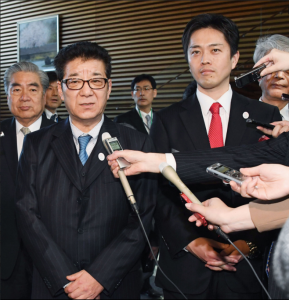 OSAKA – Beginning this month, both the city of Osaka and the prefecture began preparations to host next year’s Group of Twenty leaders’ summit, with political and business leaders forming task forces to help with local assistance and promotional efforts prior to the event.

But worries about heavy security in and around the venue and the luxury hotels of northern Osaka, where many world leaders and their delegations are expected to stay, has residents concerned, while neighboring cities like Kyoto wonder if they will also be handed a piece of the G-20 action.

On June 28 and 29, 2019, leaders from Argentina, Australia, Brazil, Britain, Canada, China, France, Germany, India, Indonesia, Italy, Japan, Mexico, Russia, Saudi Arabia, South Africa, South Korea, Turkey, the United Kingdom, the United States and the European Union will descend upon Osaka. In addition, the heads of five or six other countries might be invited by the Japanese government as observers.

Some 30,000 delegates are expected for what will be the first G-20 summit ever held in Japan. The leaders will be meeting at Intex Osaka, a convention center close to the Osaka waterfront that will have to be slightly renovated for the event. One aspect of the renovations will include, as Osaka’s tabloid media have reported in considerable detail, modernizing the restrooms.

Osaka residents, though, are more worried about which roads will be blocked off and how many police officers will be in town. Over 20,000 officers were mobilized in Aichi and Mie prefectures for the 2016 Group of Seven (G-7) leaders’ summit at Ise, a gathering of only seven world leaders that took place far away from a major urban center. The Osaka summit will bring in more than 20 world leaders to a city with a population of about 2.7 million.

“There will likely be various restrictions on traffic, making it inconvenient for Osaka residents. There are also a variety of security restrictions that have to be put into place, especially in the area where Intex Osaka is located,” Osaka Mayor Hirofumi Yoshimura said earlier this month, replying to questions about how the summit will affect daily life.

How the Umeda area in northern Osaka, about 30 minutes by train from Intex Osaka, might handle security is still unknown. Many of the luxury hotels where world leaders are expected to stay are in and around Umeda. Umeda is also the main transportation hub, with three subway lines to all other parts of Osaka and train lines to Kyoto, Nara, Kobe and Kansai International Airport.

Tens of thousands of police in the streets closing down one of the main boulevards in Umeda when presidential motorcades go through could prove to be a headache. In the days leading up to the summit, it’s likely trash cans and coin lockers in train stations will be sealed off or removed.

Other Kansai cities are hoping to benefit from the summit as well.

Kyoto could become the scene for quick visits by the leaders, who could hold bilateral meetings at its state guesthouse, witness a maiko (apprentice geisha) or tea ceremony performance, or enjoy gourmet cuisine at one of Kyoto’s traditional restaurants. Or in the case of one world leader, a cheeseburger at a well-known American fast-food restaurant.

Finally, there is the question of what the major themes will be. Summits focus on long-term international issues as well as topical political and economic problems, while bilateral meetings on the side deal with country-specific topics. The large themes at this year’s G-20 summit in Buenos Aires include the future of work and labor, sustainable development and food security.

Osaka Prefecture has suggested that support for health and medicine in an aging society, the focus of its 2025 World Expo bid, can help realize the United Nations’ 2030 Sustainable Development Goals, part of the G-7 and G-20 discussions. So it’s possible Japan will make health and medical issues for the elderly one of the agenda items next year.

In the meantime, Japanese NGOs involved with environmental and sustainable development issues, and expected to help coordinate international NGO activities related to the Osaka summit, met in neighboring Nishinomiya on Saturday to begin talks on what to expect next year and their role in helping the G-20 contribute to the SDGs. The Osaka Prefectural Government also set up a new division April 1 to see what local governments can do to help achieve the 2030 goals.