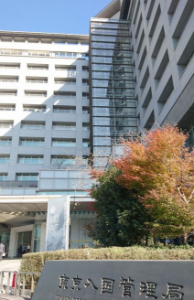 Tokyo immigration authorities prevented a Turkish detainee from seeing a doctor for nearly a whole day despite him suffering acute abdominal pain that was later diagnosed as appendicitis and peritonitis, his supporters said Monday.

Doctors said the man could have died if his peritonitis had further progressed to sepsis and warned against detention center officials making medical decisions.

The 29-year-old man developed symptoms and asked for medical assistance June 3 last year, but officials at the Tokyo Regional Immigration Bureau only took him to a separate room, saying they would “monitor” his condition.

The man banged on the walls of the room in the early hours of the next day due to the pain but officials told him to stop, saying he would be alright, according to his lawyers and other supporters.

After he was returned to the room he shared with three other detainees around 9:30 a.m., the roommates noticed his abnormal condition and demanded the officials let him see a doctor.

He was subsequently taken to a hospital in Tokyo and underwent an emergency operation.

“We monitor conditions as a preventive step to prepare ourselves for a sudden change in medical conditions,” said Shigeo Ogata, an external affairs official at the immigration bureau.

The man also asked to see a doctor following the operation as pain persisted but was not granted medical attention again until July 24, about one month after he made the initial request, they said. He has since recovered.

An official at the facility compiled a report for the July 24 medical check stating the man started to experience pain from July 21, prompting lawyers to criticize it as a falsification of data that could have misled doctors.

The man was taken into custody at the facility in November 2016. After recovering, he was provisionally released in fall last year.

“There is no way immigration officials can monitor conditions when they are not medical experts,” said Jumpei Yamamura, a doctor at Minatomachi Medical Center in Yokohama, calling the case “extremely dangerous and malicious.”

In March last year, a Vietnamese man at an immigration center in Ushiku, Ibaraki Prefecture, died due to subarachnoid bleeding. His supporters said center officials might have failed to take seriously the man’s claim of an acute headache and allow him to see doctors in time.

The Justice Ministry, which oversees immigration facilities, has compiled a report over the case saying there was no problem with the officials’ response at the time.

“It is very unfortunate that we hear this kind of story often,” said lawyer Chie Komai, noting there has been a series of cases in which detainees have died under circumstances creating suspicion that immigration officials failed to allow them to receive proper treatment.

While the ministry has established a panel of experts for inspecting immigration detention centers, its members and the records of its meetings are not disclosed.