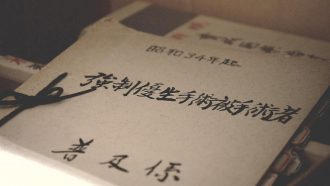 NHK’s “Close-up Gendai+” reported on the former Eugenic Protection Act, which authorized the sterilization of people with various disabilities and disorders to prevent births of “inferior” offspring. The law was in effect until 1996. Forced sterilization was reportedly permitted when a prefectural government panel approved it after receiving a recommendation from a doctor. The program said more than 16,000 people with “disabilities” were forced or duped into undergoing sterilization, adding that many of them were diagnosed as “disabled” without being properly examined. The program interviewed two people who were forcibly sterilized under the law, saying that one of them was later found to have no disabilities and the other was labeled as disabled simply because he was a juvenile delinquent.