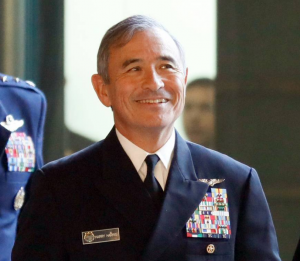 Australian Foreign Minister Julie Bishop said she had been informed of the decision by acting U.S. Secretary of State John Sullivan on Tuesday.

“While we would have welcomed Adm. Harris here as ambassador to Australia, we understand that there are significant challenges for the United States on the Korean Peninsula,” Bishop was quoted as saying.

“We of course have a very strong and deep relationship with the United States and I am sure they will choose a very appropriate ambassador to take his place in due course,” she added.

Bishop said Sullivan made it clear a new appointment would be a priority for the next secretary of state.

The surprise move comes as U.S. President Donald Trump looks to beef up his team on the Korean Peninsula ahead of a landmark meeting with North Korean leader Kim Jong Un planned for next month or June.

The news of Harris’ nomination was originally reported by The Washington Post, which said the decision was triggered by current CIA Director Mike Pompeo, Trump’s nominee for secretary of state. A vote in the Senate to confirm Pompeo for the post could happen as early as this week.

Adm. Harris had been due to appear at a confirmation hearing for the Australia position this morning, but a spokesman for the U.S. Senate Foreign Relations Committee said it had been postponed until May “at the request of the administration,” media reports said.

Harris, who is half-Japanese and was the first Asian-American to achieve the rank of admiral in the U.S. Navy, could play a key role in helping to rein in the North’s nuclear weapons program.

In testimony before the Senate Armed Services Committee last month, Harris said North Korea is the United States’ “most urgent security threat in the region.”

“The Republic of Korea and Japan have been living under the shadow of North Korea’s threats for years,” he said. “Now, that shadow looms over the American homeland.”

Pyongyang conducted its sixth and most powerful nuclear test last year and launched more than 20 missiles — including two intermediate-range weapons that flew over Japan and another long-range missile that experts say puts the whole of the United States in striking distance.

Harris said that while he was “encouraged by recent developments,” including the Trump-Kim summit, Washington could not be overly optimistic about the outcome and needed to go into it with “eyes wide open.”

North Korean state-run media criticized Harris when he took up his post in 2015, calling him “a brass hat with a negative view on the DPRK.”

DPRK is the acronym for the North’s formal name, the Democratic People’s Republic of Korea.

The White House had reportedly planned to nominate Korea hand and former George W. Bush national security council official Victor Cha to be U.S. ambassador to Seoul. But that nomination was nixed after months of vetting Cha, for reasons that remain unclear, although purportedly it was because of his opposition to limited military strikes against the North.

With his acceptance of an offer by Kim to meet, Trump has softened his stance on the nuclear-armed country, but has said that all options for dealing with the crisis — including military action — remain on the table.

Euan Graham, a former British diplomat who served in Pyongyang and who is currently director of the International Security Program at the Lowy Institute in Australia, said the posting, while music to Japan’s ears, could set off warning signals in South Korea.

“Tokyo will be happy to have an alliance stalwart in Seoul,” Graham said. “But I wonder if South Korea will be more unnerved than reassured, given Harris’ military pedigree. Appointing a retired four-star officer arguably gives an appearance of crisis-handling, in the Korean context, although it may simply be that Pompeo feels the U.S. needs an ambassador in place urgently to coordinate ahead of the Trump-Kim summit — and whatever flows from that.”

Harris, who is currently in the final days of his three-year tour as head of Pacific Command, is due to retire soon. He will be replaced by Adm. Philip Davidson, who is awaiting confirmation.

Harris has also been known as an outspoken backer of a strong response to China’s aggressive moves in the East and South China seas, coining the term “Great Wall of Sand” to describe Beijing’s strategy of building up and militarizing disputed features in the South China Sea.

In May, Kyodo News reported that Beijing had urged Washington to fire Harris in return for boosted pressure on nuclear-armed North Korea, citing an anonymous source.

Harris, who was born in Yokosuka, Kanagawa Prefecture, but was raised in the United States, has long been a subject of interest for China. Beyond his Great Wall of Sand speech in March 2015, in which he denounced Beijing’s massive land-reclamation projects in the South China Sea, his heritage has also made him an attractive target for a Chinese leadership that routinely blasts Japan over an alleged lack of atonement for its brutal wartime past — often as a means of whipping up nationalist sentiment.

China’s state-run media has routinely used his ethnicity to tarnish Harris’ image, including in a February 2016 commentary by the official Xinhua News Agency.

“Some may say an overemphasis on the Japanese background about an American general is a bit unkind,” Xinhua wrote. “But to understand the American’s sudden upgraded offensive in the South China Sea, it is simply impossible to ignore Adm. Harris’s blood, background, political inclination and values.”

Mintaro Oba, a former State Department official who worked on North Korean issues, said that concerns over Harris’ background were unlikely to affect his nomination, but noted that “anything with a link to Japan can be a lightning rod for the Korean public.”

The Korean Peninsula was subject to Japanese colonial rule from 1910-1945.

“The fact that an American official has Japanese heritage shouldn’t matter anymore than if that official had Italian heritage or Irish heritage,” Oba said.

“I’m cautiously optimistic his heritage won’t be a major issue, but the idea that it will affect what kind of ambassador he will be is a potential narrative the White House and the State Department need to track closely and counter quickly if it starts to get traction.”