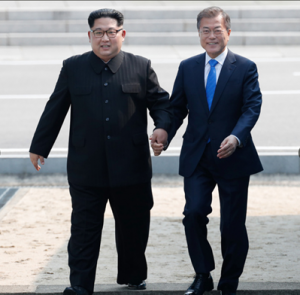 All TV networks gave extensive coverage to the start of the landmark summit between South Korean President Moon and DPRK leader Kim Jong Un this morning, airing footage showing the two leaders walking back and forth across the inter-Korean border at Panmunjom. They also reported intensely on public reactions in South Korea, as well as reactions in Japan, the United States, and China. The broadcasters added that the USG and the GOJ are paying close attention to the language the DPRK leader will use in describing his purported commitment to denuclearize, wondering whether he will make additional pledges on ending his regime’s missile and nuclear programs.