As Japan’s population goes down, its dependence on foreign residents goes up 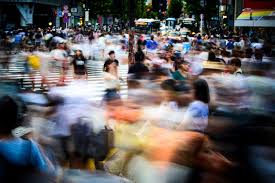 Let’s take a look at a private high school in Ebino, Miyazaki Prefecture. About 90% of its students are Chinese; only 16 are Japanese. The school began having difficulty attracting students about 15 years ago because of the declining birthrate in Japan. When the school was on the brink of bankruptcy, the principal decided to start recruiting foreign students, Chinese students in particular. Today the school provides a high-level education aimed at helping foreign students pass Japanese university entrance exams. It has maintained a one hundred percent university matriculation rate over the past seven years. Now many other schools struggling to attract students are trying to follow the same model. “It has become difficult to attract Japanese students,” says the principal. “As long as Chinese students enroll, we can continue to operate the school.”

Higashikawa, a small town located in the central region of Hokkaido (indicated on the map), has successfully increased its population by attracting foreign students even though its Japanese population has declined. It became the first municipality to build its own Japanese-language school three years ago. The town provides generous support to students from Thailand, Vietnam, and other Asian nations. This includes paying half of their tuition fees and subsidizing their housing. In addition, the town gives each foreign student a pay-as-you-go card worth 8,000 yen every month. What’s behind this largesse? Higashikawa estimates that the 200 foreign exchange students living there boost the population-based tax grant provided by the central government by about 40 million yen. The town plans to use the additional money for welfare programs for elderly care and childcare support. The challenge, however, is preventing foreign students from leaving the town after graduation, because the current immigration system offers limited options for foreign students to continue to live there. 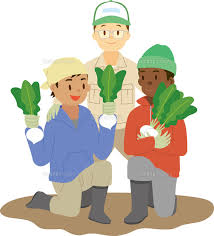 Japan’s dependence on foreign residents is also increasing in the agriculture sector. According to NHK, the number of foreign residents working in agriculture in 1995 was only 2,800. By 2015, the number had risen to 21,000. In Ibaraki, one in three people in their 20s and 30s working on farms are non-Japanese. Foreign workers are becoming so crucial to Japan’s agriculture that they are even beginning to have an impact on the dinner table. In Hokota, Ibaraki, Japan’s top producer of melons, one in five people in their 20s and 30s is non-Japanese, and most of the non-Japanese farm laborers are “foreign technical intern trainees.”  The network said many melon farmers have shifted to growing vegetables because of the foreign technical intern trainee system. Under the current system, trainees are paid monthly salaries. However, since melons are only harvested twice a year, it is difficult for melon farmers to pay trainees on a monthly basis. Since continuing to operate their farms without foreign trainees is difficult, many melon farmers are switching to vegetables. According to NHK, this phenomenon is not limited to melon farms. Mandarin orange growers are facing the same challenge, and shipments of mandarin oranges have declined by 25% over the last ten years.