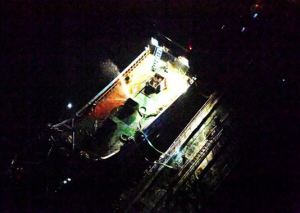 All papers reported on a GOJ announcement on Tuesday that an MSDF patrol plane spotted a DPRK tanker engaging in an apparent transfer of unspecified items with a Chinese-flagged vessel in the East China Sea on May 19. Since the North Korean ship in question is subject to UN sanctions, the GOJ has reportedly notified the Security Council of the apparent breach of relevant sanctions resolutions. This is reportedly the fifth time for a suspicious ship-to-ship transfer of goods involving North Korea to be detected by the Japanese government.