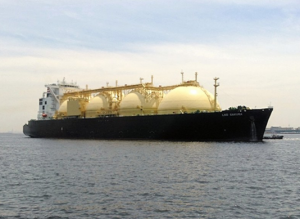 Mainichi published a prominent inside-page article on growing moves among Japanese companies to import liquefied natural gas (LNG) from the United States, noting that a tanker carrying some 70,000 tons of LNG produced in Maryland arrived in Yokohama on May 21. According to the article, the shipment in question was the first delivery of LNG from the U.S. to be made based on a long-term contract. Noting that American LNG prices are relatively stable compared with LNG produced in the Middle East and that American LNG can be sold to third parties without restrictions, the paper wrote that Japanese trading firms, utilities, and gas companies have been investing heavily in shale gas-related LNG development projects in America following the Fukushima nuclear accident in 2011. The paper added that GOJ officials are hopeful that increased LNG imports from the U.S. will compel the Trump administration to ease its pressure on Japan to rectify the bilateral trade imbalance.