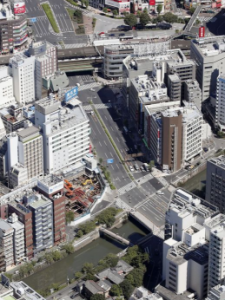 About 10 venture firms headquartered in Tokyo’s Gotanda area will form a mutual support group called Gotanda Valley, aiming to turn the district into the capital’s newest hub for entrepreneurs, sources close to the move said Saturday.

“We hope to create a place like Silicon Valley in the United States,” one of the sources said.

The founding members aim to invite more businesses into the group, as there are more than 50 venture companies around JR Gotanda Station in Tokyo’s Shinagawa Ward.

In Tokyo, Shibuya used to attract internet ventures in the late 1990s and the area was once dubbed Bit Valley — a play on the reading of the Chinese characters for Shibuya which mean Bitter Valley. However, many firms later moved out of the area due to lack of office space.

Gotanda has been gaining in popularity among businesses in recent years as office rental prices are cheaper there than other parts of central Tokyo.