Japan has one of lowest rates of female representation in political office. According to the latest survey, it ranks 165th out of 193 countries in percentage of female lawmakers. Nevertheless, the stories of the following young women offer a glimmer of hope. According to Nikkei (6/5), many young female lawmakers are striving to change the current situation where men dominate politics. They are hoping to become role models for other young women and encourage them to enter politics. 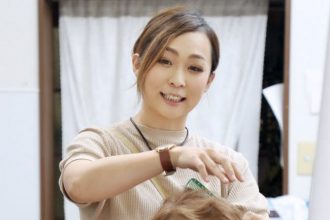 Chiaki Kodama (29) worked as a stylist at her mother’s hair salon in Takahama, a town on the southwest coast of Fukui Prefecture. One day she learned from her brother that there were so few candidates for seats on the municipal assembly that all were elected without a vote.  Most assembly members were in their 50s to 70s. This struck her as an unhealthy situation. She decided to run three years ago.  With no political experience and a war chest of only one million yen (half of which was a loan from her brother), she mounted a campaign. She won a seat, collecting the fourth largest number of votes. She proved a quick learner. Her middle-aged and older peers sometimes don’t like her outspokenness, but that doesn’t faze her. Her town is dependent on KEPCO’s Takahama Nuclear Power Plant. “Nuclear power will eventually be replaced by other energy sources,” she says. “I’m in my 20s. I want to start thinking about responsible policies for the sake of our children’s future.” 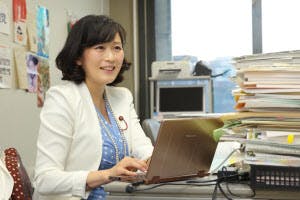 Sayo Honme, 36, is a member of the Taito Ward Assembly in Tokyo. She is the head of Women Shift, a group of young female lawmakers who aim to increase the number of women in politics. Every two months the group holds workshops to discuss such issues as how to present issues in an easy-to-understand manner to voters. Honme was elected to the assembly seven years ago with the goal of “realizing a society where it is easy to raise children.” At the time the assembly was dominated by men. “There were many unspoken rules,” she says. “Young women were looked down on. I was isolated and no one taught me anything. I didn’t know how things worked and I wasn’t even close to being able to establish childcare support policies.” She was reelected in 2015, but many of her female colleagues became fed up and left politics. She decided to connect with her former colleagues in order to create an environment where women can run for reelection and return to politics. That was the genesis of Women Shift. After three years the group counts more than 30 members across Japan. 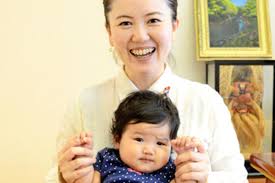 Ayumi Miyazato, 39, is a member of the Chatan Town Assembly in Okinawa. After she gave birth, the assembly agreed to allow her to take maternity leave. Her salary was not reduced based on the judgment that although she was absent from assembly sessions, she was still working as a legislator. Her colleagues helped her in various ways to make it easier for her to continue to work. Until her daughter turned one this spring, she took the child to work with her. Since bringing children to the assembly hall is prohibited, she hired a babysitter to look after her in a waiting room in the assembly building. All 18 assembly members agreed to let her use the room for childcare. During recess, she would go to the waiting room to breastfeed her daughter. One male legislator kindly told her: “Children should be raised by society as a whole.” Miyazato is grateful to them. Now her daughter goes to nursery school, so she no longer needs to take her to work. Through her own experience as a mother, she hopes to create a system where people can bring their children to the assembly to observe sessions and feel closer to politics.

According to Nikkei, local assembly members are allowed to have side jobs under certain conditions and candidates don’t need as much campaign money as those in national politics. In fact, the hurdle to run in local elections is not that high. However, the percentage of female legislators remains at about 10% both in the Diet and local assemblies. One reason is the stereotypical idea in Japan that “politics is a man’s world.” The paper wrote that women, even if they have passion or talent, will not run for election unless there is a good working environment. The household burden tends to be higher for women than men because they are expected to do housework, raise children, and take care of their parents. Whether Japan will be able to improve its ranking for female political representation hinges on whether it will become common practice for women to enter politics. Creating a system and facilities that enable women to achieve work-life balance will be essential to that end.