According to the opinion poll jointly conducted by the Sankei Shimbun and Fuji News Network (FNN) [on June 16–17], men and women differ in their assessment of the agreement reached at the U.S.-DPRK summit. Moreover, younger age groups differed from other age groups in their view that U.S. President Donald Trump had an edge over Workers’ Party of Korea Chairman Kim Jong Un at the summit negotiations.

Some 56.2% of men said they welcomed the agreement reached at the U.S.-DPRK summit. In contrast, 52.5% of women indicated they did not approve of the agreement.

Polls by other media outlets had different findings regarding the U.S.-DPRK summit. In the Asahi Shimbun poll, those approving of the outcome greatly exceeded those opposed, 73% to 19%. In contrast, the Yomiuri Shimbun found respondents split, with 43% welcoming the outcomes and 47% not.

The Sankei-FNN poll found that 53.9% of respondents think Tokyo “should consider with caution the matter of holding a summit with Pyongyang” while the Asahi poll found that 67% of pollees thought Japan “should hold a summit at an early date.” 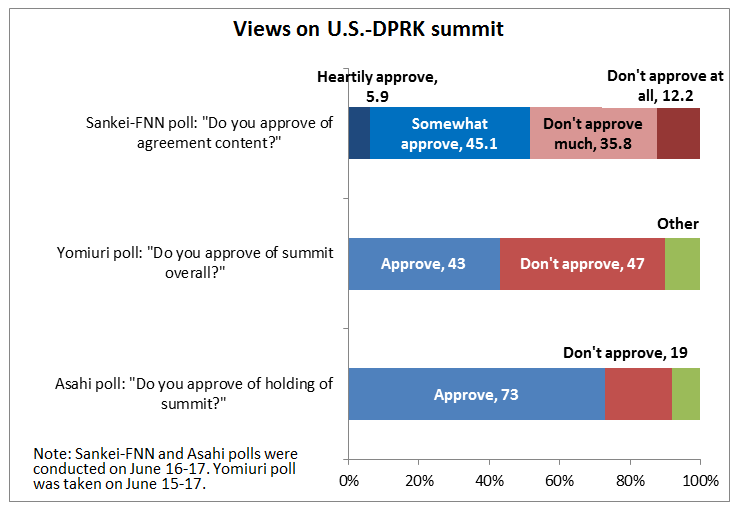 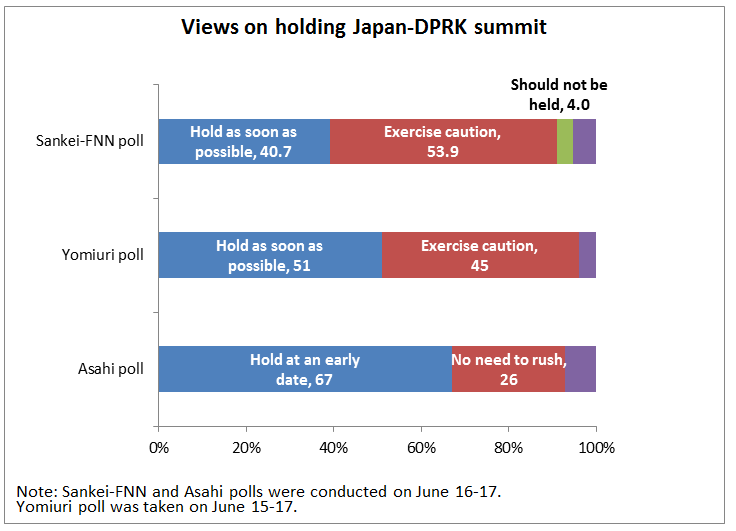