Sanctions on Iran create diplomatic headache, rather than economic catastrophe, for oil-dependent Japan 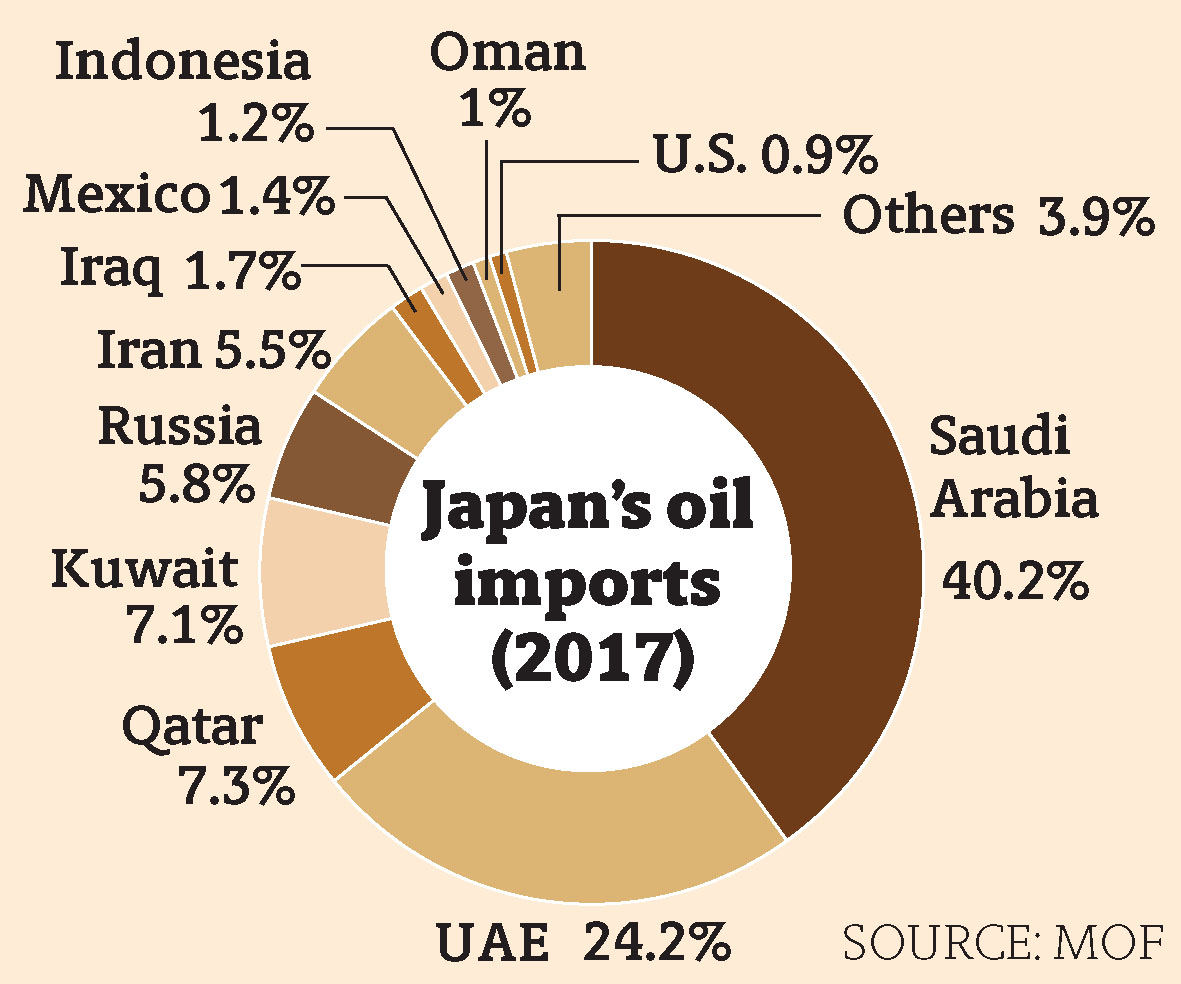 The United States is pushing for Japan and other major economies to halt imports of Iranian crude oil by November as part of coordinated sanctions on the Islamic republic, a senior U.S. State Department official said Tuesday in Washington.

The new hard-line U.S. policy may deal a significant blow to the growing government and business ties between Tokyo and Tehran, something that Japan has been working hard to build since the lifting of economic sanctions in 2016 against Iran.

“Japanese companies were beginning to look toward Iran as an attractive investment destination,” according to Mitsuo Fujiyama, a senior economist at the Japan Research Institute Ltd.

Fujiyama, however, thinks that Tuesday’s move to severely snapback sanctions on Iran will prevent a broader array of domestic firms from moving to invest in the country.

That said, the U.S.’s move is unlikely to severely impact the national economy, according to experts.

“For Japan it is going to be relatively easy to fill the gap of Iranian oil,” said Ikuo Hamabayashi, president of the Oil Information Center at the Institute of Energy Economics Japan.

On Tuesday, Brent crude oil added more than 2 percent and West Texas Intermediate more than 3 percent. But Hamabayashi said oil prices are not expected to spike further due to the latest move.

“Iranian oil may end up flowing to countries that can still trade with Iran, such as China,” said Hamabayashi, who maintained that the outcome of the latest Trump administration policy will not largely impact the Japanese economy but instead be a thorn in the side of diplomats who have long maintained “relatively friendly” relations with Iran.

Nonetheless, Tokyo appeared to be busy jockeying for a better position on the sanctions.

Chief Cabinet Secretary Yoshihide Suga told reporters at a news conference Wednesday that the government would “work with the related countries, including the U.S., to avoid causing adverse effects to Japanese businesses.”

The country imported only 5.3 percent of its total oil from Iran in 2017, compared to about 40 percent from Saudi Arabia and around 24 percent from the United Arab Emirates, according to the Ministry of Economy, Industry and Trade’s annual statistical report.

And sanctions or not, some believe that Japan is unlikely to completely cut itself off from Iranian oil.

“Iran’s oil is cheap, and the country may be selling at a discount, so I think Japanese companies will somehow find a way to continue importing, which may cause frictions between the U.S. and the Japanese government,” said Kazuhiko Fuji, a senior fellow at the Research Institute of Economy, Trade and Industry.

The removal of sanctions in January 2016 under the so-called Iran Deal, provided Tehran relief from crippling economic sanctions in exchange for cutting back its nuclear program.

Almost immediately, Tokyo began to lay the groundwork to promote investment with Iran by signing a bilateral treaty that included investor-related protections and other provisions.

A corresponding news release from the Foreign Ministry after the signing of the treaty stated that, “Iran has great potential for Japanese companies as an investment destination given its rich reserves of oil and natural gas and its huge market with a population of 78.5 million people.”