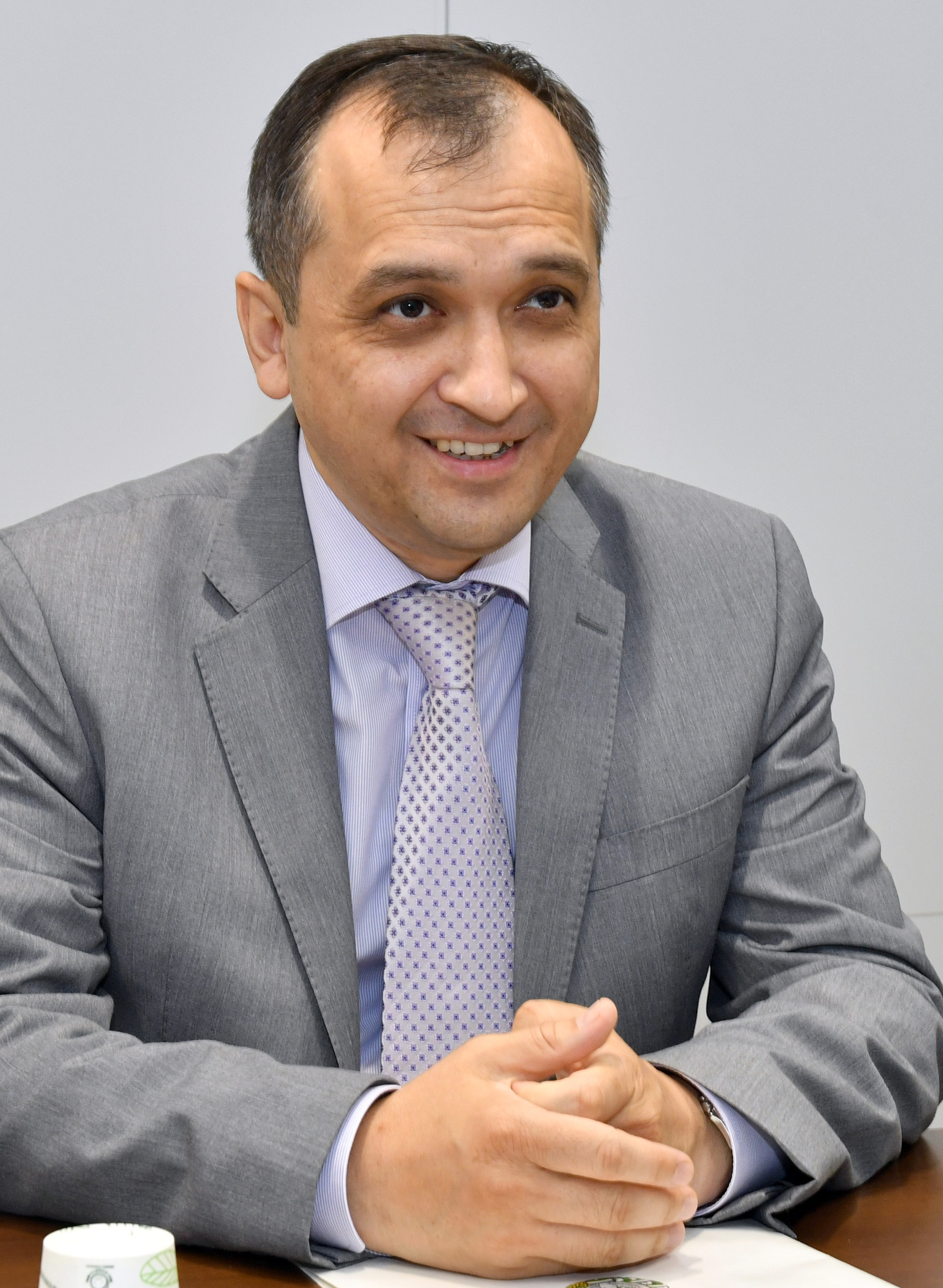 “We see Japan as a very close partner in the Asia Pacific region,” Ambassador Fazilov said during a courtesy visit to The Japan Times on Wednesday. “My task as ambassador is to open a new page” and increase the level of cooperation.

The bilateral cooperation has become stronger, with the two countries entering into a strategic partnership in 2002. In October 2015, Prime Minister Shinzo Abe visited Uzbekistan and agreed with then-President Islam Karimov to further deepen ties through people-to-people exchanges and technical cooperation, among other measures.

The embassy is planning to organize a special symposium on bilateral cooperation in collaboration with the Diet, he said.

The Central Asian country is ready to accept direct investment from Japan, the envoy added. Uzbekistan has set up seven free economic zones that offer tax and other benefits to foreign companies.

The ambassador mentioned other benefits for investing in Uzbekistan, located at the heart of the Central Asia, which includes a highly educated labor force.

Uzbekistan is “one of the fastest developing countries,” said Fazilov. Its economy grew 5.3 percent in 2017 from the previous year.

Tourism is booming in Uzbekistan, with the country allowing Japanese visitors since February to stay up to 30 days without a visa. Last year, the number of Japanese tourists to Uzbekistan grew 30 percent and the first five months of this year saw a 43 percent surge from the same period in the previous year, according to the envoy.