Youth and their views about sex 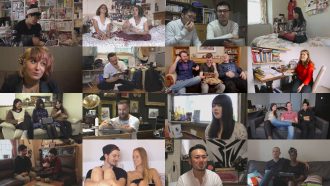 NHK’s “Close-up Gendai+” reported that a growing number of young Japanese are beginning to talk about sex. The program said it used a web-based survey called “Generation What?” targeting about 1 million people aged 18 to 34 around the world. The program said the survey found that many young Japanese feel insecure about sex, partly because they have not received proper sex education at school or there is a perception in society that sex is bad or talking about sex is taboo. The program stressed the importance of providing proper sex education to children, introducing examples in northern Europe, including a Norwegian public broadcaster that features “normal sex” and Swedish-government-run youth clinics where young people can feel free to ask questions about sex.