As a nation, Japan is sometimes said to lack entrepreneurial spirit. It ranked 28th out of 137 countries in this year’s Global Entrepreneurship Index compiled by the Global Entrepreneurship and Development Institute, a Washington-based policy development organization. Despite the recent emphasis on flexible employment, the traditional lifetime employment system in Japan probably discourages its citizens from taking risks. Since positions at prominent companies or government ministries have long defined success in Japan, the cream of the crop has traditionally chosen to seek government or corporate jobs over startups.

However, some young Japanese are challenging this perception by launching their own businesses. In fact, a number of next-generation innovators have recently launched cutting-edge Internet or technology-oriented companies.

Business Insider Japan (6/18) posted an article online highlighting several promising young Japanese entrepreneurs who were born in 1992. They were raised in the “lost two decades,” a period of economic stagnation in Japan following the collapse of the asset price bubble in late 1991 and early 1992. The iPhone 3G was introduced in Japan in 2008 when they were 16 years old and Japan was hit by the Great East Japan Earthquake in 2011 when they were 18. 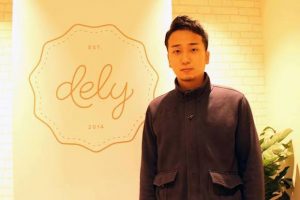 Yusuke Horie (left) founded dely Inc. in 2014, when he was still a student at Keio University. The culinary media startup launched a recipe portal called Kurashiru that has become the most popular cooking instruction video site in Japan. Its Facebook page has 1.2 million followers and receives 40 million video views a month, and more than 12 million people have downloaded its smartphone app. Horie successfully raised 2 billion yen in 2017 and another 3.3 billion yen this year from investors. The young entrepreneur told Business Insider Japan that the Great East Japan Earthquake changed the course of his life. When the earthquake hit Japan in March 2011, Horie was preparing to take his college entrance exams with the hope of becoming a schoolteacher. When he participated in volunteer work to help the disaster victims, he realized that there was only so much he could do to help as an individual. Inspired by Softbank CEO Masayoshi Son’s personal donation of 10 billion yen to help the victims in Tohoku, Horie decided to launch a business in the hope of having an impact on society. 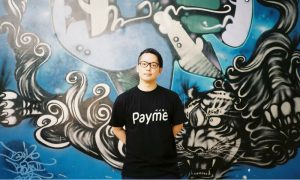 Michiteru Goto (right) also was a Keio University student when he established Payme Inc., a salary advance service, in 2017. He launched the service based on the belief that there is a demand among young Japanese to receive some of their salary in advance to cover unexpected expenses and that such a service would help reduce employee turnover by encouraging young workers to stay in their jobs. Payme transfers the amount of advance salary requested by employees to their accounts on the same day. The Payme service is used by more than 15,000 people at some 100 companies as of May 2018. As the son of a nurse and a firefighter, Goto has embraced the idea of working for the benefit of society since childhood. When he was involved in international cooperation as a student intern in Indonesia, Softbank announced that it was providing 10 billion yen in financing for a firm in Indonesia that led to a major breakthrough in the nation’s e-commerce. This inspired Goto to become an entrepreneur. Goto says he is just getting started with Payme. His ultimate goal is to establish a new type of bank to provide the young generation with opportunities to pursue higher education through student loans. 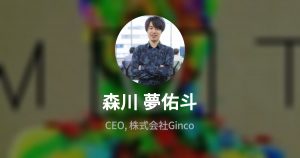 Muuto Morikawa (left) founded Ginco Inc., which operates a cryptocurrency wallet app, in 2017. He secured 150 million yen from an investment fund this year. In an interview with a web media outlet, Morikawa said that he had originally thought about becoming a politician or bureaucrat to change the economic and social systems in Japan for the benefit of the young generation. Later, however, he realized that it would probably take years for a politician or bureaucrat to change the existing rules in Japanese society. In order to seek solutions and improvements for a rapidly changing society, Morikawa decided to launch a new business that provides cryptocurrency wallet services that he believes will help create a more decentralized society.

Business Insider Japan wrote that these young entrepreneurs appear interested in launching and expanding unique businesses based on their strong motivation to contribute to society. They seem different from the young IT moguls active in the mid-2000s who flaunted their new-found wealth. Even after securing 400 million yen in financing from an investor, Goto of Payme keeps his monthly salary at 200,000 yen. He said: “Money matters for me not because I want to get rich but because I want to realize my dreams for a new future.”