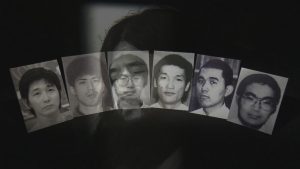 NHK’s “Close-up Gendai+” reported on letters that the broadcaster received from several former Aum Shinrikyo cult members on death row, the last of whom were executed on Thursday. The program said that almost all of the inmates expressed deep repentance for their crimes. The letters included one written by Yasuo Hayashi after learning that Shoko Asahara, the founder of the doomsday cult, and six of his former colleagues had been executed by hanging on July 6. Hayashi and other members reportedly stated that they were brainwashed by the cult leader, with one of them saying that in the presence of the charismatic founder, he was a “doll who had no capacity to judge things on his own.”