Tracking down fragments of Einstein’s brain 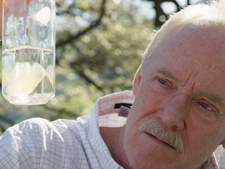 took up Albert Einstein’s brain, which was removed from his body after he died in 1955 to probe the mysteries of one of the greatest scientific minds of the 20th century. His brain was dissected into more than 200 pieces by a University of Pennsylvania pathologist and distributed to scholars around the world for further research. NHK attempted to locate the previous and present owners of the pieces in a bid to figure out how Einstein was able to achieve so many groundbreaking discoveries. The broadcaster successfully located 134 pieces, but the remaining 92 are still unaccounted for.