Women make up less than 5% of managers at 40% of companies, Kyodo News survey of 113 major companies 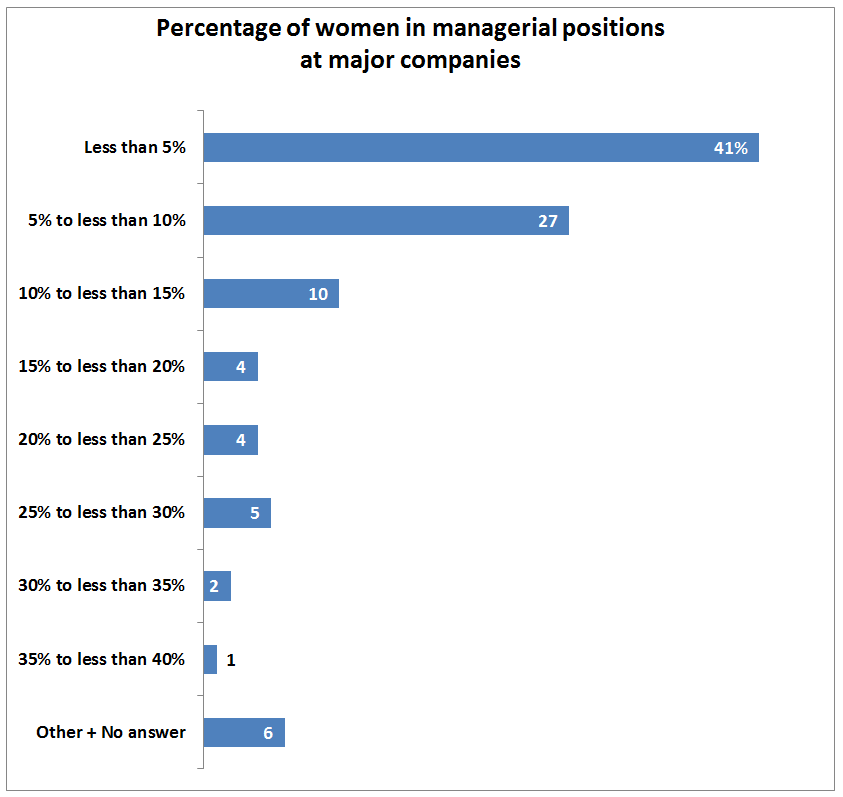 [According to the Kyodo News survey of 113 major companies] some 41% of companies said that women make up less than 5% of their management. The government has set the goal of having women hold 30% of leadership positions by 2020, but the poll clearly reveals the harsh reality that this is a distant goal as a total of only 3% of companies currently have women in 30% or more of their managerial positions.

Some 79% of companies said they have set numerical targets for increasing the percentage of women managers. More than half of these said their goal was to have women make up less than 15% of all managers. Medium- and long-term plans for human resources training are indispensable for promoting women to managerial ranks, and most companies set realistic targets.

[Polling methodology: The survey was conducted of 113 major companies from early to late July 2018.]