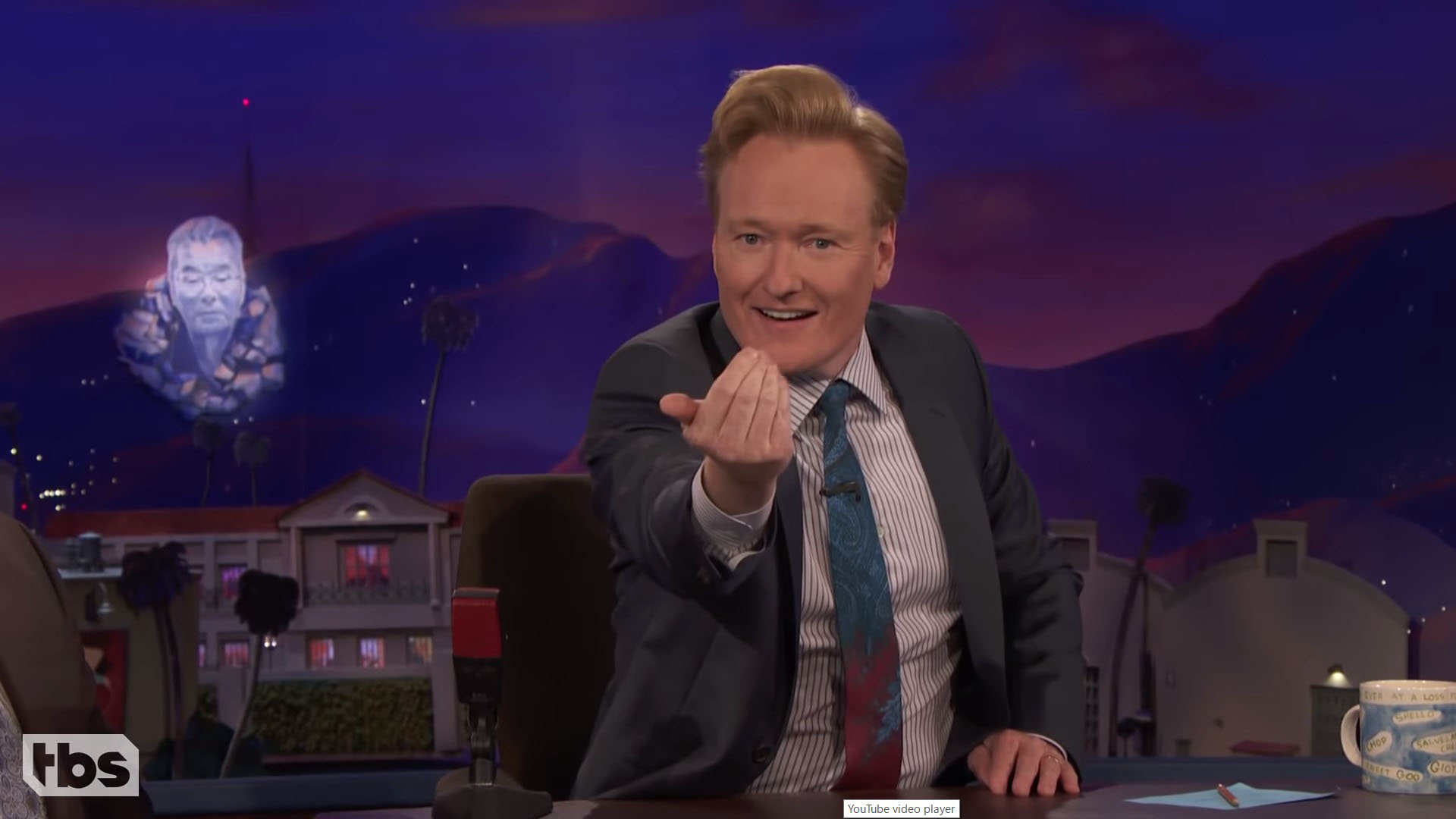 American talk show host Conan O’Brien, who is set to visit Hokuei in Tottori Prefecture — also known as ‘Conan Town’ — this week, is seen in a screenshot from footage shared on his official YouTube channel. O’Brien claims the main character of the ‘Detective Conan’ manga and anime series, after which the town gets its nickname, is actually fashioned after him.

After a weekslong feud, American comedian Conan O’Brien and Japan’s “Conan Town” are set for a showdown.

O’Brien is scheduled to visit his namesake town in western Japan this week, supposedly to collect the ¥3 trillion he jokingly claims the municipality in Tottori Prefecture owes him for making money off the popular manga and anime “Detective Conan.”

An official from the town of Hokuei, which has dubbed itself Conan Town, confirmed Tuesday that the visit is in the works, while O’Brien said in a video posted on social media the same day that he will be there in “about two days.”

“I know a big typhoon is coming … and I’m thinking of all of you and I hope that everyone in Conan Town stays safe,” the popular TV personality said in the video message he sent from Tokyo, referring to Typhoon Jebi — the strongest storm to hit the country in 25 years. “Take care of yourselves and I wish you all the best and I will be seeing you in about two days. I’m going to come and visit, and I look forward to meeting all of you in person,” he added.

His trip to the tiny coastal town with a population of around 15,000 follows his comical feud with Mayor Akio Matsumoto on the funnyman’s late-night cable TV program in late August. Even U.S. Ambassador to Japan Bill Hagerty has jumped into the ring, tweeting in late August, “I offer my services to negotiate a peaceful resolution to your respective demands. We must ensure continued peace and tranquility between the people of Conan Town and Conan.”

Hokuei has promoted itself as Conan Town in an effort to attract more tourists. The community — the hometown of the character’s creator, Gosho Aoyama — hosts a museum featuring exhibits about Aoyama’s work. It is particularly popular among Chinese and South Korean tourists.

The series is about a teenage detective known by the alias Conan Edogawa — a play on the names of writers Arthur Conan Doyle and Rampo Edogawa — and actually has nothing to do with the American comedian.

But on his TV show, O’Brien demanded remuneration with claims that the name used for the Conan character copies his own.

Town officials countered with a Facebook post that said, “If you want the money, come visit Hokuei.”

The entertainer made additional demands, including changing the hairstyle of Detective Conan’s statue in the town to look more like his, to which Matsumoto sent the program a video message in English with more demands, including asking that O’Brien bring 15,000 hamburgers to Hokuei.

Hiroyuki Komae, a public relations officer with the town, said O’Brien is scheduled to make a day trip there to shoot footage for his program and that a meeting with the mayor is being arranged.

O’Brien is also planning to distribute about 1,000 hamburgers near the Detective Conan statue in the town, Komae said.

“We’re very happy for the name of Hokuei to be heard in the United States,” he said. “Hokuei town and (Detective) Conan are popular in countries such as China and South Korea and we get many inbound tourists from those places. But we don’t have many visitors yet from Europe, America and Australia so we hope this will help promote Hokuei in the States.”