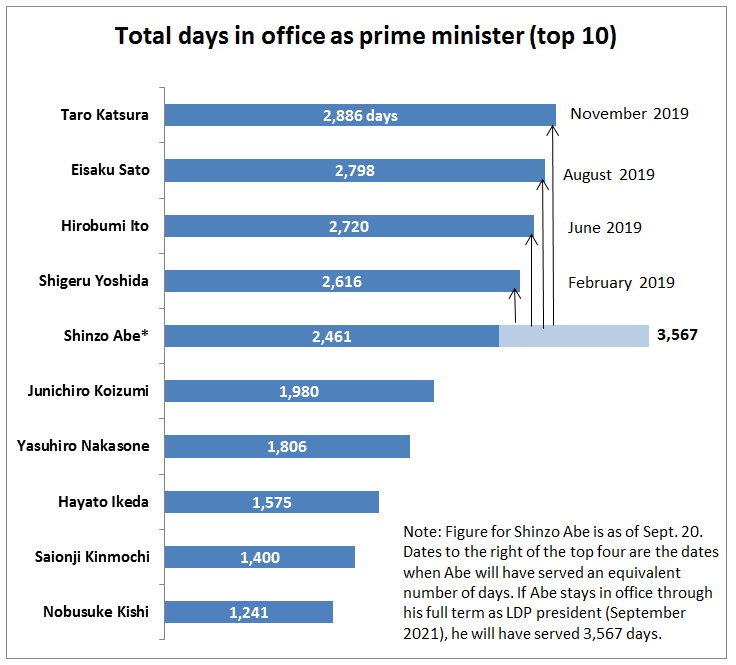 Prime Minister Shinzo Abe won a third consecutive term as president of the Liberal Democratic Party (LDP) in the party election on Sept. 20. With this, there is a chance that Abe will become the longest-serving prime minister in history. If he survives the Upper House election next summer and is still in office on Nov. 19 next year, he will tie prewar prime minister Taro Katsura (2,886 consecutive days in office) as the longest-serving prime minister since 1889 when Japan adopted constitutionalism.

Prime Minister Abe became prime minister in September 2006, but he resigned in September of the following year due to the LDP’s loss in the 2007 Upper House election and his own poor health. His first tenure as prime minister was only 366 days long. He regained the presidency in September 2012 when the LDP was not in power. The party came back into power in December that year after winning the Lower House election. Abe became prime minister for the second time on Dec. 26, 2012. He has won five national elections through last year’s Lower House race, and he continues to dominate the political scene.