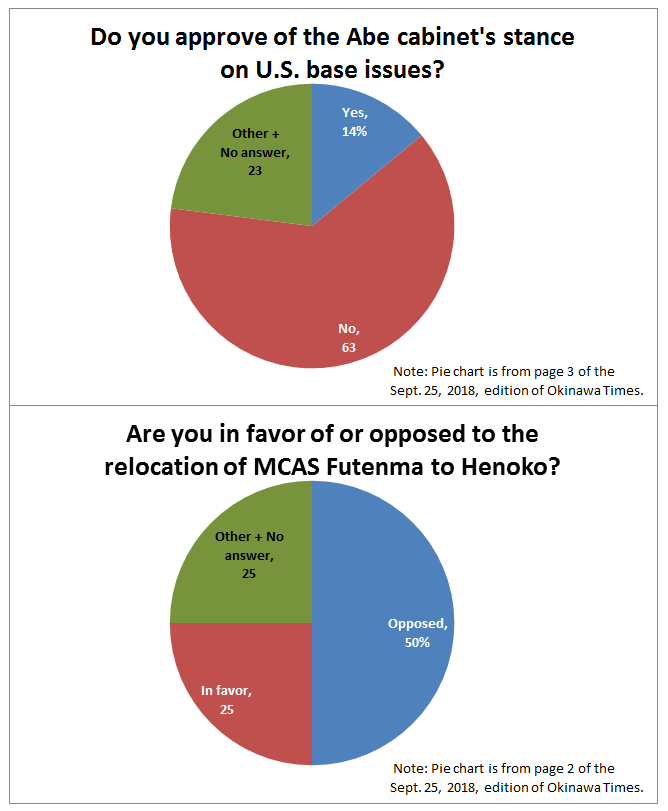 According to the joint public opinion poll of Okinawa residents conducted by the Asahi Shimbun, the Okinawa Times, and Ryukyu Asahi Broadcasting Corporation (QAB) on Sept. 22–23, some 63% of respondents “do not approve” of the Abe cabinet’s stance on issues related to the U.S. military bases in Okinawa, easily surpassing the 14% who “back” the policy.

The survey was taken together with the poll probing views on the upcoming gubernatorial election. The Abe administration stresses that it has put effort into decreasing the burden on Okinawa of the U.S. military bases there, as witnessed by the return of the West Futenma Housing Area and the majority of the Northern Training Area. At the same time, however, it has promoted construction for the relocation of MCAS Futenma (Ginowan City) to the Henoko district of Nago City. A portion of the embankment has been created, and landfill work is about to commence. The low approval rate is thought to reflect the opposition of most Okinawa residents to this.

The recent poll asked respondents who they voted for in the last gubernatorial election. The majority of those who said “Governor Takeshi Onaga,” who died in August, said they will back Tamaki.

Polling methodology: The survey was conducted on Sept. 22–23 on a computer-aided random digit dialing (RDD) basis of voters in Okinawa Prefecture with telephone calls placed by pollsters to landline numbers. Valid responses were received from 915 persons (out of 2,118 households found to have one or more eligible voters). The valid response rate was 43%. 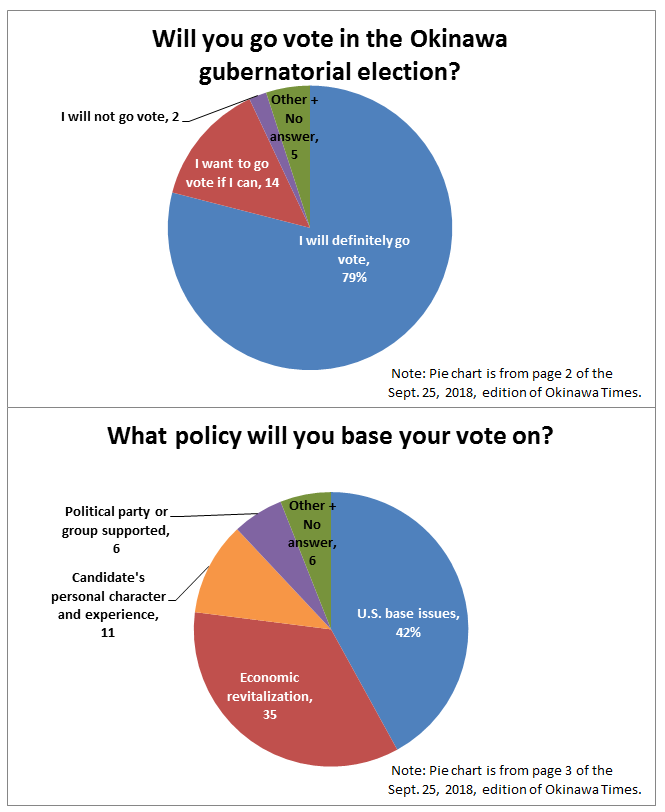 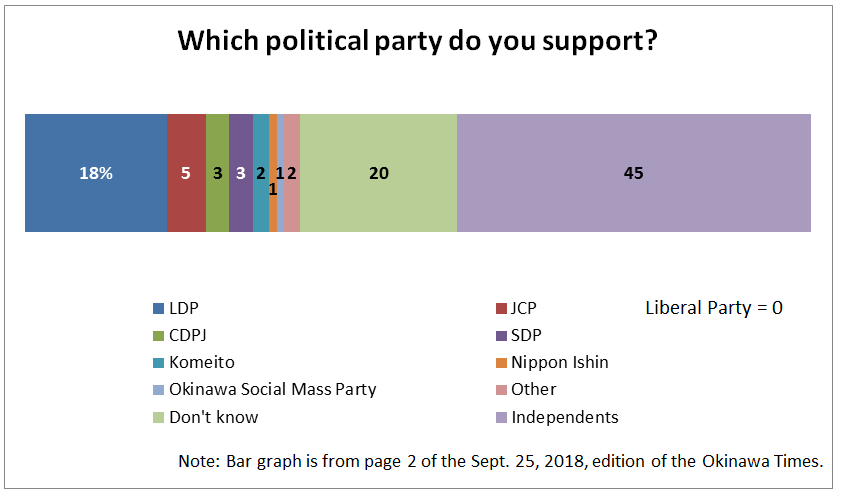