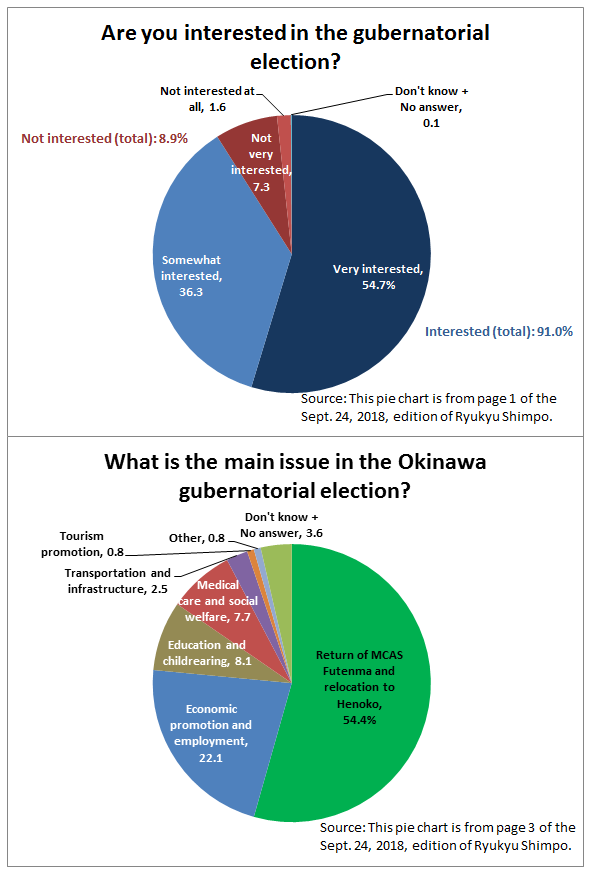 To probe views on the Sept. 30 Okinawa gubernatorial election being held to fill the vacancy that arose with the death of Governor Takeshi Onaga, Kyodo News conducted a telephone-based opinion poll on Sept. 22–23 and considered the findings of its news-gathering activities. Former Lower House representative Denny Tamaki (58) and former Ginowan Mayor Atsushi Sakima (54; backed by the Liberal Democratic Party (LDP), Komeito, Nippon Ishin, and Party of Hope) are neck and neck in a fierce race. Some 20% of pollees said, however, that they “have not decided” who they will vote for and so there is a chance that the situation will change.

Both candidates are independent newcomers to the gubernatorial race.

Sakima has secured the backing of over 70% of LDP supporters. His support among Komeito backers, however, is in the 50% range, as some have shifted to Tamaki.

The outlook in the election is tough for former Naha City Assembly Member Hatsumi Toguchi (83) and former company worker Shun Kaneshima (40), who are also both independent newcomers.

Polling methodology: The survey was conducted on Sept. 22–23 on a computer-aided random digit dialing (RDD) basis of voters in Okinawa Prefecture. Valid responses were received from 1,017 persons (out of 1,465 households found to have one or more eligible voters). 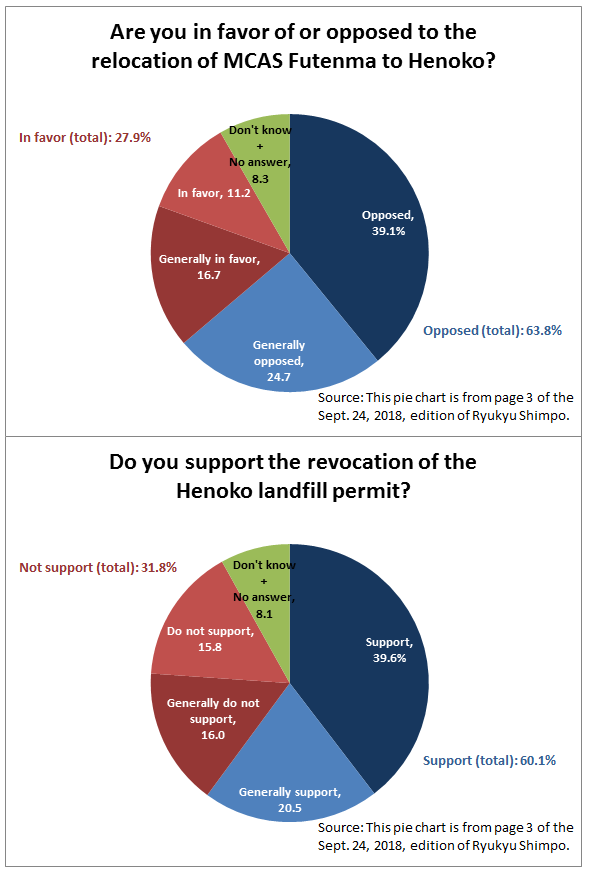