The Asahi Shimbun probed the situation of the Ginowan mayoral election, which is scheduled for Sept. 30, the same day as the Okinawa gubernatorial election. For the assessment, the Asahi took a joint telephone-based public opinion poll of Ginowan voters on Sept. 23–24 with the Okinawa Times and Ryukyu Asahi Broadcasting Corporation (QAB), and used information it has collected through its own news-gathering activities. Former Deputy Ginowan Mayor Masanori Matsugawa (65), who is backed by the Abe cabinet, and Harumasa Nakanishi (57), who is supported by the “All Okinawa” movement, are engaged in a fierce, neck-and-neck battle. Nakanishi is the former head of a union of Okinawa high school parent-teacher associations.

The situation may change as 40% of respondents did not indicate how they will vote.

Taking those respondents who did indicate how they will vote and looking at them by political party supported, Matsugawa has the backing of 90% of LDP supporters and almost all Komeito supporters. Nakanishi will capture almost all the votes of supporters of the Constitutional Democratic Party of Japan, the Japanese Communist Party, and the Social Democratic Party. Nakanishi has an advantage among independents. By gender, many men back Matsugawa while women are split between the two candidates.

Polling methodology: The survey was conducted on Sept. 23–24 on a computer-aided random digit dialing (RDD) basis of Ginowan City voters who did not participate in the survey conducted regarding the Okinawa gubernatorial election. Telephone calls were placed by pollsters to landline numbers. Valid responses were received from 750 persons (out of 1,461 households found to have one or more eligible voters). The valid response rate was 51%. 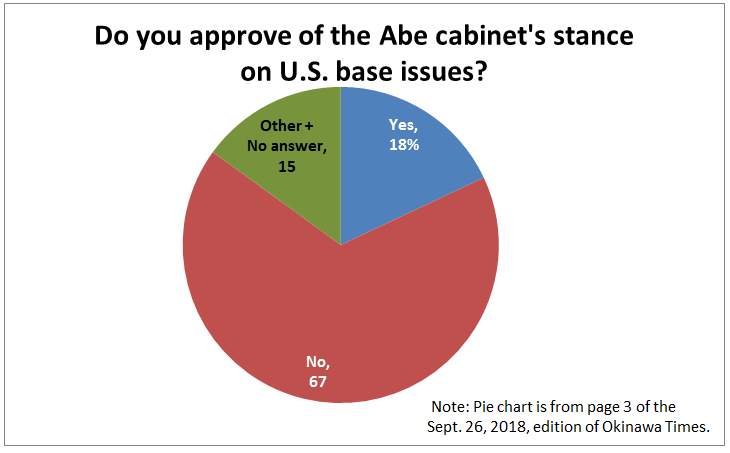 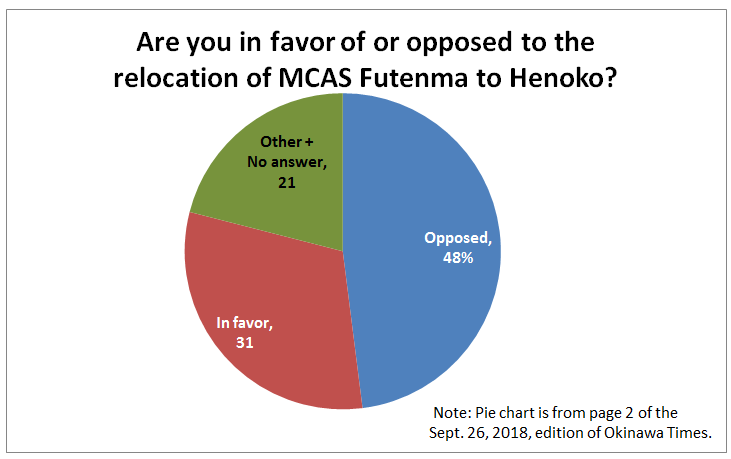 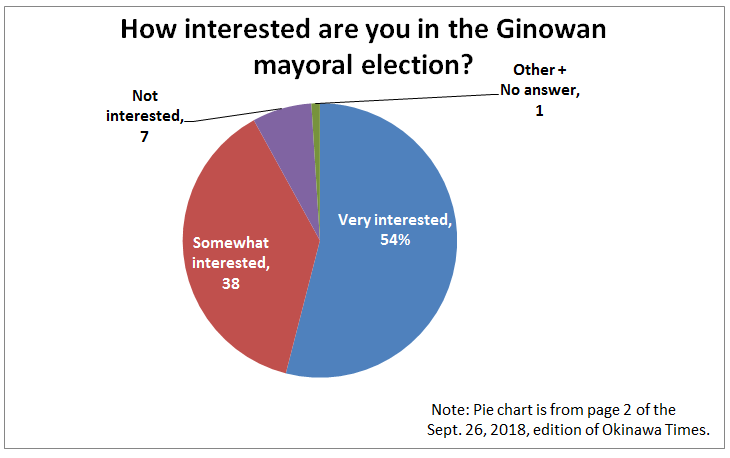 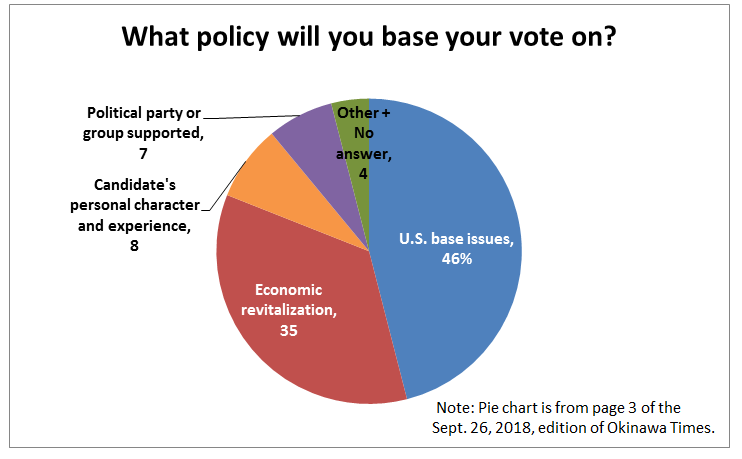 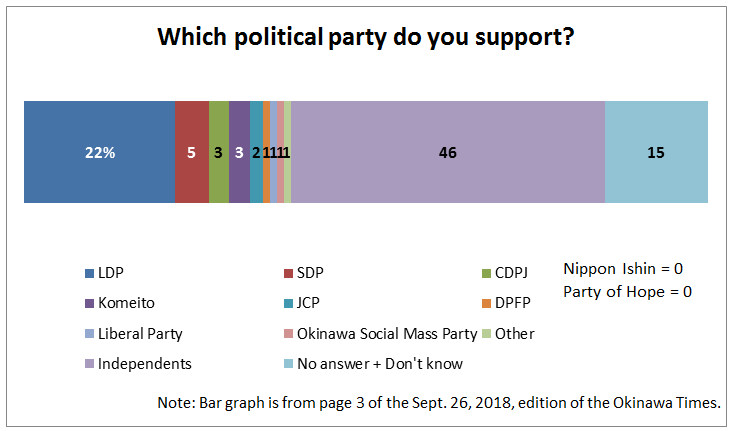