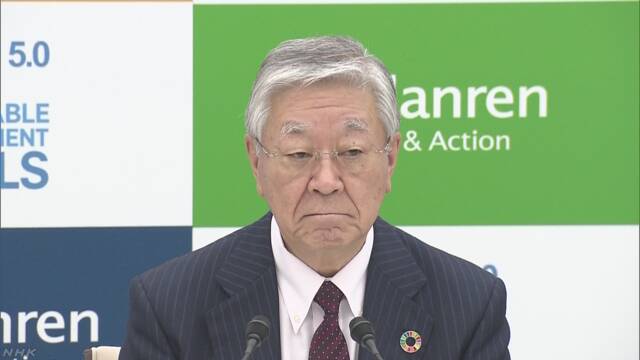 At a press conference, Japan Business Federation [Keidanren] Chairman Hiroaki Nakanishi raised the issue of the Japan-U.S. ministerial-level trade talks, saying that Japan needs to discern America’s ultimate aim and search together [with the United States] for a way to resolve the trade issues. The talks are to take place on the night of Sept. 25 (JST).

Keidanren Chairman Nakanishi spoke of the tariff hike on motor vehicles which the Trump administration is considering: “I do not understand at all what their aim is. Frankly speaking, I think the idea is outrageous. This may be imprudent in a sense [to say], but the biggest problem for Japan is not having a real understanding of what [the United States] is aiming to achieve with this method where threats are made first and negotiations commence after that.”

In addition, Chairman Nakanishi said, “I am quite uncomfortable with the discussion of trade issues as the American side now addresses them as if making a deal. I would like to see [the Japanese trade representatives] negotiate without giving in to pressure. It is not appropriate, though, for the business community to tell the Japanese negotiators to fight aggressively. I think Japan needs to create together with the U.S. a way to think together about the trade imbalance.” With this, Nakanishi said that it is necessary for Japan to discern America’s ultimate objective and search together [with the U.S.] for a path toward resolution.