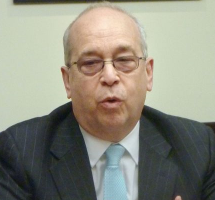 NEW YORK — Less than two years after his surprise meeting with President-elect Donald Trump after the U.S. election in November 2016, Prime Minister Shinzo Abe was back in Trump Tower on Sunday for a private dinner, followed by an official meeting on Wednesday.

This time it was Abe who had just achieved an election victory, while Trump is facing political problems at home and challenges abroad.

The two leaders have forged a close personal relationship and frequently speak of their friendship. Both have appointed well-qualified ambassadors to the other’s capital and the two governments maintain important lines of communication at multiple levels.

Despite this, and despite their repeated dinners, eight bilateral summits, over two dozen phone calls, and multiple rounds of golf since the first Trump Tower meeting, U.S.-Japan relations have entered a period of uncertainty and strain.

Trump has made no secret of his view that Japan is “ripping off” America. Earlier this month the president told the Wall Street Journal he has a good relationship with Abe, then added “but that will end as soon as I tell [Japan] how much they have to pay.”

Trump also disregarded Abe’s counsel on finding a way back into the Trans-Pacific Partnership (TPP).

Now, in the midst of a serious trade war with China — which itself is disruptive to the Japanese economy — Trump is turning his guns on Tokyo, launching an investigation under Article 232 of the Trade Act into a possible threat to America’s national security from Japanese auto-related exports to the United States.

Previously, Abe avoided a confrontation over the trade deficit issue with Trump by diverting it into the Japanese Deputy Prime Minister Taro Aso-U.S. Vice President Mike Pence channel. He focused instead on ratifying the eleven-member TPP and the Japan-EU FTA.

But the serious threat of auto tariffs from the Trump administration has led him to agree to start bilateral trade negotiations, albeit with a commitment to limit American asks on agriculture.

In the press event at the beginning of Wednesday’s summit meeting, Trump gave a theatrical groan to warn of what would happen if the talks were not successful.

Despite Trump’s insistence that the U.S.-Japan relationship is better than ever, using threats to extract Japanese concessions raises concerns about the direction of the relationship that go deeper than trade.

This is particularly true when the two allies seem to be diverging in their world view.

Whereas the Japanese prime minister underscored the importance of multilateral frameworks in his speech to the U.N. General Assembly on Tuesday, earlier in the day the U.S. president told the same group explicitly that he “rejected the ideology of globalism” in favor of his America First doctrine of “patriotism,” “sovereignty,” and “independence.”

Abe’s speech advocated his “Free and Open Indo-Pacific” concept; but even though officials in Washington have adopted that concept as their own, Trump’s speech made no mention of the initiative. Japan’s respect for international institutions contrasts sharply with Trump’s distaste for them.

For example, President Trump decided this year to skip the premier meetings in the region — APEC and the East Asia Summit — leaving it to Japan and other democracies to balance China’s influence there.

The warm personal relationship between President Trump and Prime Minister Abe is an important asset, but it may not be a safety net for the bilateral relationship.

Take it from China’s Xi Jinping, who Trump continues to speak highly of even while launching a trade war and treating China as an adversary. Or Kim Jong Un, who Trump praised as “very honorable” while vigorously imposing sanctions on North Korea.

Having attended discussions between Prime Minister Abe and U.S. officials in the past, I am confident that the recommendations Abe provides in his meetings with President Trump on dealing with North Korea or China or global challenges are wise ones.

And yet while President Trump appears to welcome Abe’s advice, it is not clear from his actions that he is following it.

Trump’s abrupt decision to meet with North Korea’s leader, and his agreement to cancel annual U.S.-South Korea exercises, which he called “expensive and provocative war games,” were made without prior consultation, even though they affect the security of Japan.

Will Japan, which experienced the “Nixon Shock” in the 1970s, look back on the “America First” doctrine of this period as the “Trump Shock”?

Naturally, the U.S. president is not obliged to agree with another leader, even a close ally. But he is obligated to respect the legitimate interests of an ally and to act in a manner that strengthens the alliance overall.

The simple fact is that even if President Trump’s frame of reference is “winning,” to win at the expense of a friend like Japan is not a victory in the long term.

To prevent “America First” from becoming “America Alone,” the United States requires committed friends, particularly in Asia. No region is more important to America’s security and prosperity than the Asia-Pacific. And the United States has no better friend than Japan.

My first assignment as a diplomat was as assistant to Mike Mansfield, the distinguished American senator who served for 11 years as ambassador to Japan under both Democratic and Republican presidents.

Time after time I heard him refer to the U.S.-Japan relationship as “the most important bilateral relationship in the world…bar none.”

He also repeatedly predicted that the 21st century would be for America “the century of the Pacific.” I believe he was right on both counts.

(Daniel Russel is vice president for international security and diplomacy at the Asia Society Policy Institute. He served as the assistant secretary of state for East Asian and Pacific affairs under President Barack Obama.)