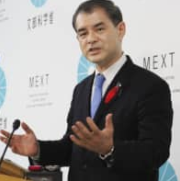 Masahiko Shibayama, who was appointed education minister on Tuesday, has drawn backlash from opposition lawmakers following remarks suggesting he is willing to revive the Imperial Rescript on Education.

At his inaugural news conference following the Cabinet reshuffle, Shibayama highlighted a push from some sectors of society to use a modern version of the now-defunct rescript in teaching materials, by focusing on principles such as cherishing colleagues and putting emphasis on international cooperation.

Such endeavors are “worth considering,” he added.

The edict, promulgated in 1890 by Emperor Meiji, demanded sacrifice to the nation while preaching virtues such as devotion to one’s parents and maintaining positive relations with siblings.

In 1948, both chambers of the Diet adopted a resolution to eliminate and invalidate the rescript, following criticism that it had promoted militarism in the country.

“There are enough parts that can be used in moral education,” Shibayama said. “Universality can be found in the text.”

Last year, in a written answer to a lawmaker’s question, the government did not reject the possibility of using the rescript as a basis for teaching materials, leading to protests from a broad range of observers.

By Wednesday, Shibayama’s remarks had already been met with criticism.

Kazuo Shii, head of the Japanese Communist Party, told reporters, “The core of the rescript is the part urging people to give up their lives for the Emperor, and (Shibayama) doesn’t understand this.”

At a news conference the same day, Chief Cabinet Secretary Yoshihide Suga declined to comment on the matter, saying, “I don’t know the real reason or motive” for the remarks.

“The government has no intention to utilize the rescript actively at school,” Suga added.