Ambassador to UN Haley to step down 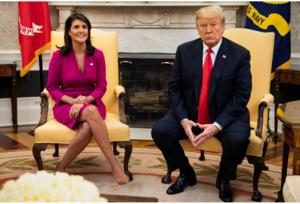 All national dailies wrote that President Trump announced on Tuesday that Ambassador to the United Nations Nikki Haley will step down at the end of this year. Yomiuri speculated that the departure of Ambassador Haley, who has been a leader of U.S. diplomatic efforts since the launch of the Trump administration, will likely deal a blow to the administration. Nikkei conjectured that her departure may have an impact on Washington’s denuclearization talks with Pyongyang.