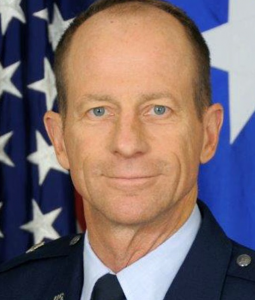 Stilwell, who speaks Korean, Chinese and limited Japanese, will be tasked with tackling regional challenges such as China’s militarization of the South China Sea and North Korea’s nuclear weapons program.

His nomination comes as Trump plans to hold his second summit with the North’s leader, Kim Jong Un, after the U.S. midterm elections in November.

The post, which also handles relations with Japan, South Korea and Southeast Asian countries, has been vacant since the departure of Daniel Russel, who served under the administration of Trump’s predecessor Barack Obama, in March last year.

Stilwell currently serves as director of the China Strategic Focus Group at the U.S. Indo-Pacific Command Headquarters in Hawaii after retiring from the military in 2015 with more than 35 years of experience as a pilot, commander and Korean linguist.

The brigadier general has also served at the Defense Department and as a defense attache at the U.S. Embassy in Beijing.

From 2008 to 2010, he served as commander of the 35th Fighter Wing at Misawa Air Base in northeastern Japan.