Donations from companies and trade organizations to the People’s Political Association, the LDP’s funding body, rose for the sixth consecutive year in 2017 to reach 2.39 billion yen, up by about 1 billion yen from the days when the LDP was not in power. This suggests an interdependence between the LDP and industry under which companies and trade organizations that benefit from the Abe administration’s economic policy package known as “Abenomics” make large donations. The partnership between the two has deepened. According to the funding report for the People’s Political Association, about 240 companies/organizations donated over 1 million yen. 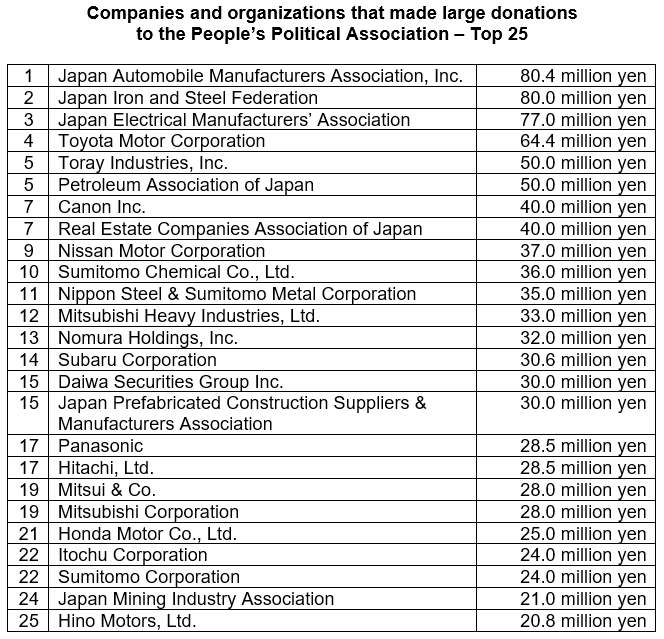 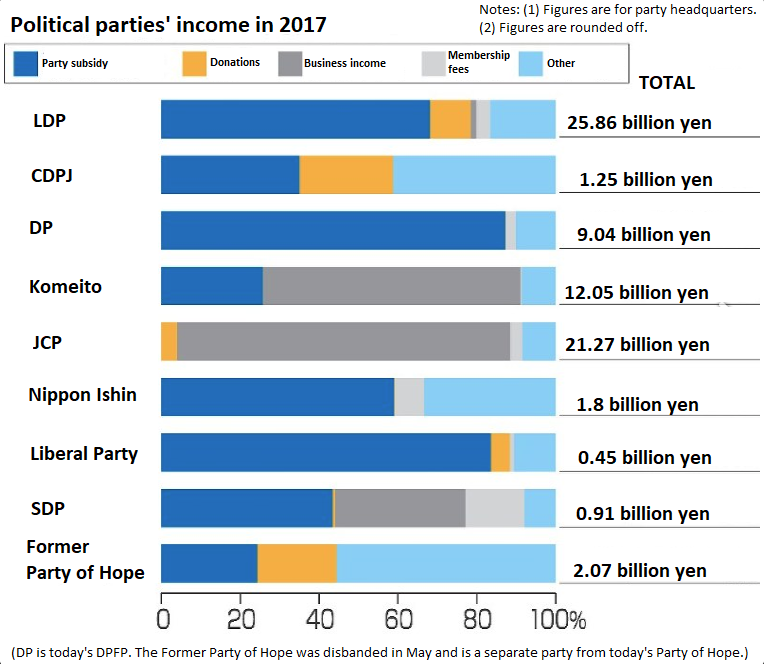