The Japanese economy is expected to set a new record for the longest period of economic expansion in the postwar period. Nonetheless, there are increasing concerns that the economy will stall after that, according to the Asahi Shimbun survey of 100 leading companies. There are concerns about [the impact of] the consumption tax hike scheduled for next autumn, the drop in special demand related to the summer 2020 Tokyo Olympics, and the impact of protectionism, including the conflict between the United States and China.

The current economic expansion started in December 2012. The current record for the longest period of economic expansion is six years and one month, and this period ended in February 2008. It is very likely that a new record will be set early in 2019 as the current sluggishness is thought to be temporary and caused by the recent typhoons, earthquakes, and other natural disasters. Uncertainty is increasing, however, about the days after that and the future.

Mitsubishi Heavy Industries Executive Vice President Seiji Izumisawa points out, “The expansionary period may end if economic measures to address the consumption tax hike after the Olympics-related demand runs its course are inadequate.” Secom President Yasuo Nakayama says, “We are entering a period where it would be wise to be on the lookout for risks of economic recession.”

Asked what are causes for concern regarding the outlook for the domestic economy, 60 companies said “the future of overseas economy,” making it the most frequently given response. This is an increase from the poll taken in the spring where 44 companies gave this response. Behind this increase is a rising uncertainty about the future of the global economy with the confrontation between the United States and China and the increase in U.S. interest rates.

Mitsui & Co. President Tatsuo Yasunaga comments, “The Chinese economy may slow down due to the impact of the U.S. tariff hike, and this may impact Japanese exports to China, as well.” Mizuho Financial Group Managing Executive Officer Hisashi Kikuchi says, “Whenever we have an internal discussion about the future, we end of talking about ‘friction.’ The trade friction is becoming prolonged and is becoming a cause of concern for corporations.”

19 companies say they are “already impacted” by U.S.-China conflict

Protectionist moves, including the conflict between the U.S. and China and the revision of the North American Free Trade Agreement (NAFTA),  are not only making the future uncertain, they are already also gradually impacting the performance and strategy of Japanese companies.

Asked if protectionism is impacting their company performance, some 19 companies responded there has been “some impact.” Many of these are in the manufacturing industry related to capital investment. Companies sense a slowdown in the Chinese economy with the increased tariffs on Chinese product exports to the United States.

NGK Insulators President Taku Oshima says, “With the slowdown in the Chinese economy, we anticipate that auto-related product sales will drop more than expected.” Yaskawa Electric President Hiroshi Ogasawara also says, “There is a move to refrain from making capital investment in China. Sales to China during the June-to-September period fell below last year’s.”

China and the European Union (EU) are responding to the U.S. tariff hike by introducing high tariffs. Suntory Holdings President Takeshi Niinami says, “We are seeing an impact on our U.S.-made bourbon exports (to the EU). The bourbon is competing against Scotch whisky.”

A total of 62 companies said they “expect to see an impact in the future.” The companies hail from a wide range of industries.

Japanese companies are starting to take countermeasures. A total of eight companies said that they are reviewing their procurement networks and business strategy. Fujifilm Holdings Chairman and CEO Shigetaka Komori comments, “We are changing our procurement channels for some of our raw materials.”

Some nine companies said they “plan to conduct a review in the future.” Daikin Industries President Masanori Togawa says, “We will change our procurement channels and sites of production.” Kao Corporation President Michitaka Sawada says, “We plan to look into what channels would be optimal, taking into consideration such matters as exchange rate.”

[Polling methodology: [The survey was conducted of 100 leading Japanese companies nationwide from Nov. 12–22, 2018. Some 98 companies responded. Interviews were conducted with top executives at 40% of those 100 companies.] Some companies did not answer some questions so the total number of companies does not total to 98 for each question. Questions and answers have been abbreviated in some cases.] 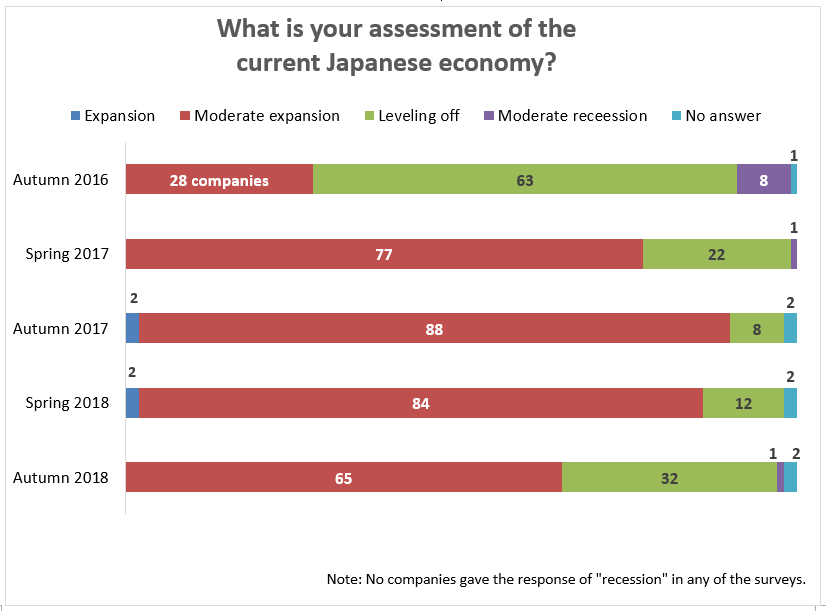 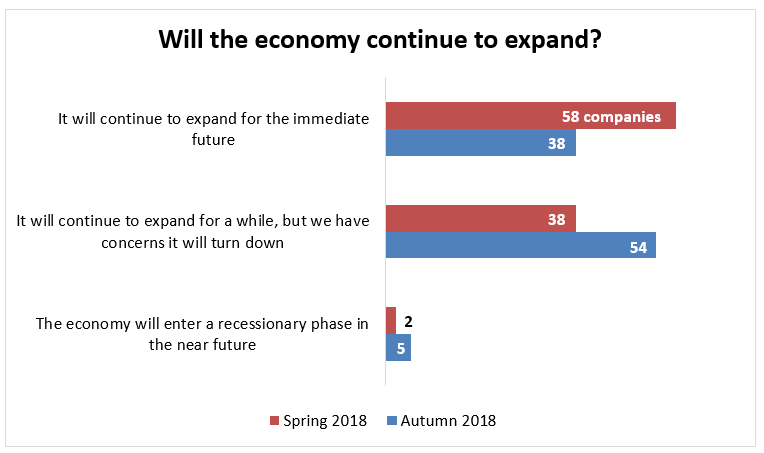 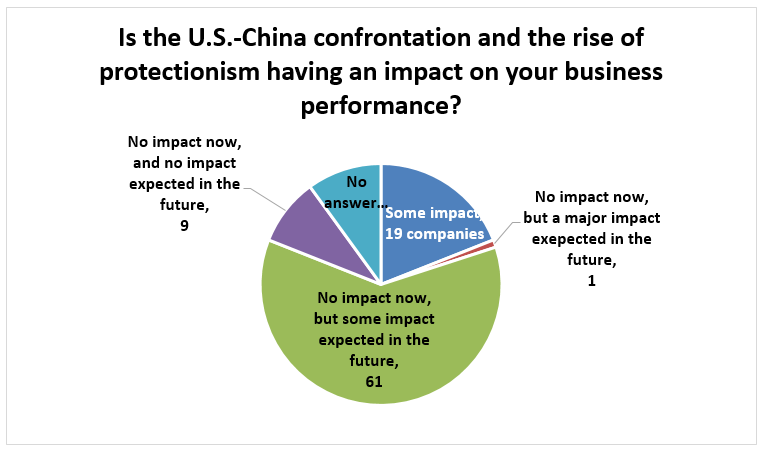