“Nara judgment” and “#MeToo,” “Men in love” and “eSports” among top buzzwords

Buzzwords are a trove of insight into Japan’s latest social trends. The distance learning company U-Can, which has selected the year’s top buzzwords in Japan since 1984, released the results for 2018 on Dec. 3. 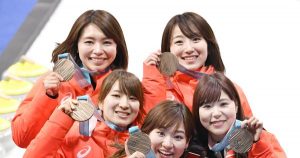 Sodane was selected as the top buzzword of the year. A shortened form of sou da ne (that’s right), sodane is a phrase used to express agreement. During the Pyeongchang Winter Olympics in February, Japan’s female curling team from Hokkaido often said sodane in their local intonation when discussing playing strategies. The phrase became popular because it demonstrated the team members’ respect for each other and positive spirit as they played their way to a bronze medal.

U-Can selected 30 candidates for the buzzword of the year, highlighting both positive and negative words and phrases in a wide range of areas, including sports, entertainment, and social issues. Here are the nine other buzzwords in the top ten. 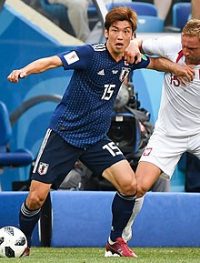 Osako hanpa naitte! is a phrase that was used to praise Samurai Blue striker Yuya Osako for his excellent performance in the 2018 FIFA World Cup held in Russia in June and July. It means “Osako is unbelievable!”

Nara hantei, which literally means “Nara judgment,” refers to a scandal involving the chief of the Japan Amateur Boxing Federation who allegedly pressured referees to give favorable treatment to fighters from his native Nara Prefecture. In contrast with buzzwords reflecting the successes of Japanese athletes on the global stage such as sodane and Osako hanpa naitte, this word exposes the negative side of the sports world. 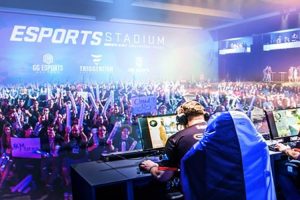 eSports is a form of competitive video gaming. The term was selected as a buzzword of the year in view of the growing popularity of eSports, which has prompted the International Olympic Committee to consider making it an Olympic sport as a way to raise interest in the Olympics among younger audiences.

Gohan ronpo is an idea popularized by Hosei University Professor Mitsuko Uenishi, who argued on Twitter that Labor Minister Katsunobu Kato used gohan ronpo (rice/meal logic), the tactic of dodging questions from opposition lawmakers by intentionally misinterpreting them. As an example of gohan rompo, Uenishi referred to asking someone whether they had eaten gohan, which can mean “rice” or a “meal.” Even though he or she might answer “yes,” they can later insist that they haven’t eaten gohan (rice) because they had bread instead of rice for gohan (the meal).

#MeToo refers to the U.S.-born movement against sexual harassment and assault. Japan was initially slow to embrace the global movement, but it gained momentum after a female journalist went public with allegations of sexual assault by a high-profile journalist said to be close to Prime Minister Abe. 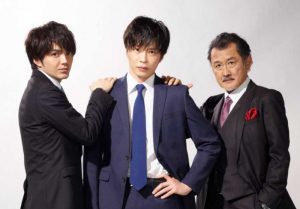 Ossan’s Love, which translates “old man’s love,” is the title of a late-night TV comedy-drama series featuring male gay relationships that was unexpectedly well received. A 55-year-old man with a droll personality who confesses his love to a junior colleague was a hit with viewers. An entertainment pundit said the drama series was well received because it portrayed gay relationships in a positive manner despite the apparent persistence of homophobia in Japanese society.

Saigaikyu no atsusa is a phrase describing the “disaster-level heat” that hit Japan this summer. The phrase was used with alarming frequency to refer to the intense summer heat that caused more than 90 deaths. A spokesperson for the Meteorological Agency said at the buzzword award ceremony that the agency is hoping the popularity of the term will help raise awareness of natural disasters and the risks they pose. The heatwave prompted the government to consider measures to deal with high temperatures that could negatively affect athletic performance at the 2020 Tokyo Olympics. 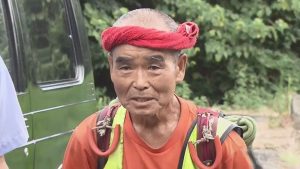 Super volunteer is a term praising Haruo Obata, a 79-year-old search and rescue volunteer who was able to locate a two-year-old boy who had been missing for three days on an island in Yamaguchi Prefecture in August. Obata also worked as a volunteer following the 2011 Great East Japan Earthquake in Tohoku, the 2016 earthquake in Kumamoto, and the landslides and floods that struck Okayama and Hiroshima this year. His selfless actions and spirit of volunteerism inspired young and old alike.

Bo-tto ikitenja ne-yo! is a phrase used by Chiko chan, a sharp-tongued five-year-old cartoon character on NHK TV’s trivia quiz show “Chiko chan ni shikarareru!” (You will get scolded by Chiko-chan). Chiko-chan tells off adults for not knowing the answers to her simple but perplexing questions about life by exclaiming “bo-tto ikitenja ne-yo!” which is translated by NHK as “Don’t sleep through life!” The details of the program were discussed in the Aug. 30 edition of Trending@Japan.