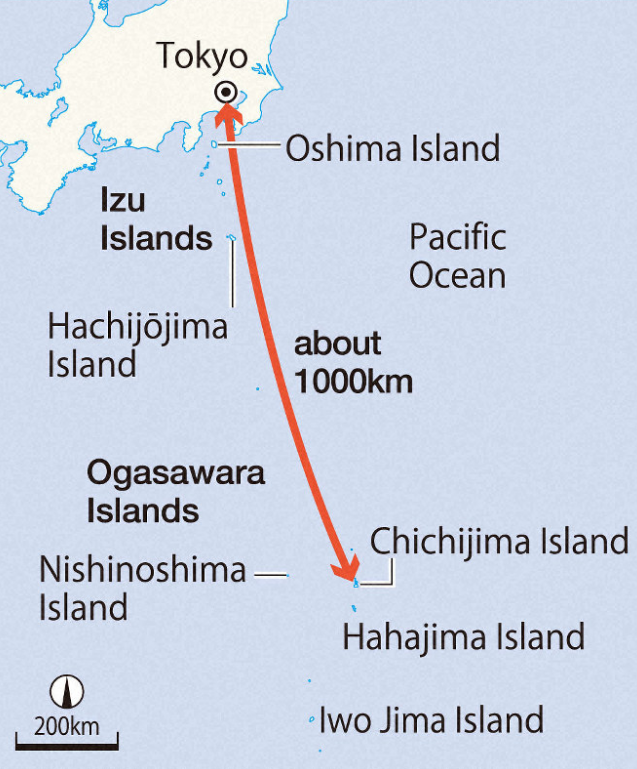 TOKYO — The 2020 Olympic and Paralympic Games torch relay will go through all of the capital’s 62 municipalities, including the Izu Islands and the Ogasawara Islands that were excluded from the route for the 1964 Tokyo Games, according to people familiar with a draft plan approved on Dec. 17 by a Tokyo Metropolitan Government panel.

For those remote islands of the Ogasawara group that are about 1,000 kilometers south from Tokyo proper and 24 hours away by ferry, the panel is contemplating using the “spider method” for the relay. In this method, used in past Olympics, the torch is extinguished on one island and then lit on another, and this is presumed to move the torch between those two points instantaneously. This arrangement would be made to steer clear of a rule that bans having several torches being lit at the same time.

According to the plan, after the torch is carried across the country, it will arrive from Saitama Prefecture to the north and travel around Tokyo over 15 days from July 10, 2020, before being passed over to officials of the Tokyo Organising Committee of the Olympic and Paralympic Games on July 24, the opening day of the event. The last runner will then light the Olympic cauldron at the New National Stadium in Tokyo’s Shinjuku Ward.

The metropolitan committee has not unveiled the draft, stating it still has to adjust the schedule of events held by companies sponsoring the relay. The plan will be submitted to the organizing committee, which will then pass it on with other plans to the International Olympic Committee. The entire route for Japan will be made public in the summer of next year following IOC approval.