“U.S. military is not hindrance to Japan-Russia negotiations,” Daniel Russel 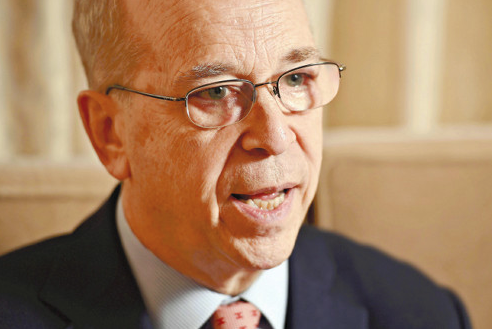 Daniel Russel, 65, was National Security Council Senior Director for Asian Affairs and Assistant Secretary of State for East Asian and Pacific Affairs during the Obama administration. A Japanophile, he also served as U.S. Consul General in Osaka-Kobe and Director of the Office of Japanese Affairs at the State Department. Currently he is Vice President for International Security and Diplomacy at the Asia Society Policy Institute.

As a former diplomat, I know Russian Foreign Minister Sergey Lavrov, and I have watched President Vladimir Putin as well. Putin has consistently moved in the direction of taking territory rather than giving it up. In light of this fact, we must question whether Japan has enough influence to make Putin return even the two islands of Habomai and Shikotan, which is clearly stated in the 1956 Japan-Soviet joint declaration.

The U.S. government’s stance is that “the Northern Territories are Japan’s territory.” It is unusual for the United States to support either party in a territorial dispute. Former President Barack Obama clearly indicated that “the Japan-U.S. security treaty would apply if the Senkaku Islands were attacked by China.” Even in the case of the Senkakus, however, the United States does not back either Japan or China regarding the territorial jurisdiction of the islands.

Putin has expressed concern about the possibility that the U.S. would deploy its military on the four islands if they were returned to Japan, but this is likely just a negotiating tactic. It is hard to imagine that deploying forces to the Northern Territories is a priority of the U.S. military. In the first place, the question of what kind of U.S. military facilities to establish or to not establish on land that is under Japanese sovereignty is ultimately something to be decided by the Japanese government. The issue of the U.S. deployment of forces is not a hindrance to the resolution of the Northern Territories issue.

There is a tendency in Japan to think that “improving Japan-Russia ties would be effective in containing China, which is gaining in influence.” Japan does not have as much influence as the United States, however. Russia’s ties with the United States are deteriorating, and Russia faces problems with Europe as well. The only country it can depend on is China. Russia is becoming weak and is no match for China. Improving Japan-Russia ties would likely not have a very large impact on China.

The Northern Territories issue is a problem unique to Japan, but it involves very serious international security issues. Putin’s motive in agreeing to Abe’s request for negotiations on the territorial issue is to weaken the solidarity among Japan, the United States and Europe, reduce Russia’s sense of isolation, and thereby decrease pressure on Russia.

If Japan takes a conciliatory approach to Russia and turns a blind eye to Russia’s wrong actions at a time when U.S.-Russia ties are deteriorating because it hopes “Northern Territories negotiations will then go smoothly,” it would create a Japan-Russia relationship that is nonconstructive for the United States.

Japan will only be able to reach an agreement with Russia if Japan can convince the United States and European countries that the agreement will not harm Japan’s trust relationship with them. This is not impossible, but it will be difficult and the chances are slim.