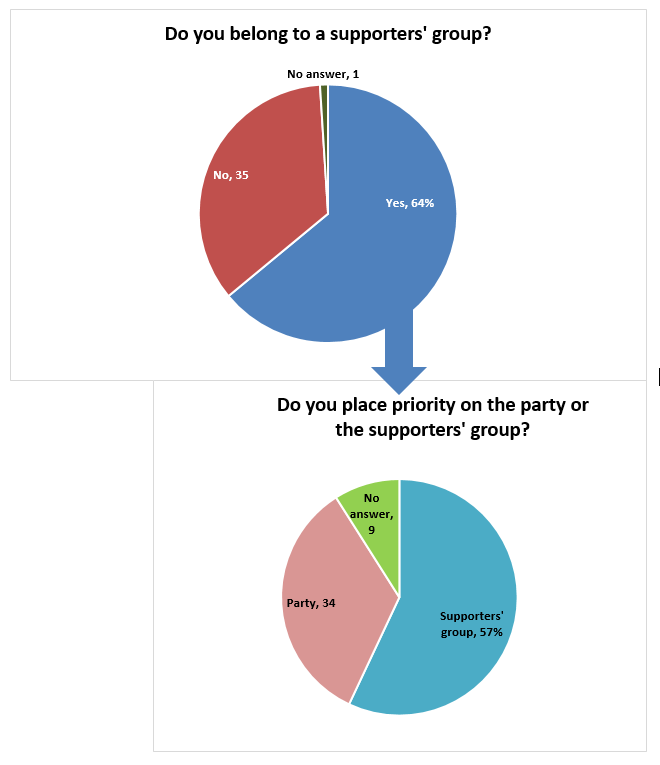 The Yomiuri Shimbun conducted a survey of Liberal Democratic Party rank-and-file members to probe their views on the LDP itself. In the survey, about two-thirds of the rank-and-file party members said they belong to a supporters’ group for a Diet member or a local assembly member. The poll revealed that these members have a stronger sense of affiliation with their supporters’ group than with the LDP.

Under the multimember constituency system where each constituency had three to five seats, the same political party fielded more than one candidate, and candidates’ individual supporters’ groups had more influence than the party. This gave rise to abuse, it has been said, as money was involved and it was easy for supporters’ groups to become hotbeds of corruption.

In 1994, four political reform laws were enacted, and single-seat constituencies were introduced. The aim behind this was to focus elections on political parties and policies. The results of the recent survey, however, suggest that core support for Diet members continues to come from supporters’ group even today.

Veteran Diet members like Prime Minister Shinzo Abe and LDP Secretary-General Toshihiro Nikai retained their seats even when the LDP fell out of power. Solid supporters’ groups developed during the era of multimember constituencies kept the party from collapsing.