Even today 20% of local assemblies have no women legislators, Asahi poll 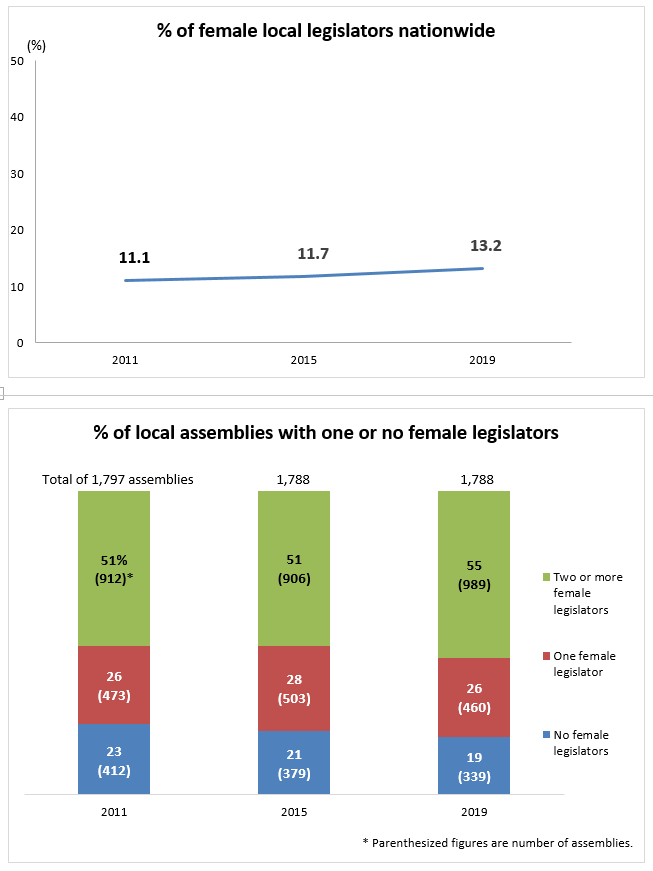 Almost half of local assemblies with no female legislators (153 assemblies nationwide) have seats up for election in the unified local elections to be held this spring. A law urging political parties to seek to field the same number of male and female candidates in national and local assembly elections was passed last year, and all eyes are on how many local assemblies will welcome their first female members with this change in the environment.

Ahead of the unified local elections due to be held starting from the end of March this year, the Asahi Shimbun sent questionnaires to the 1,788 prefectural and municipal assemblies nationwide in December last year. All assemblies responded to the survey which asked about the number of seats as of Jan. 1 and about the assemblies’ activities over the past four years.